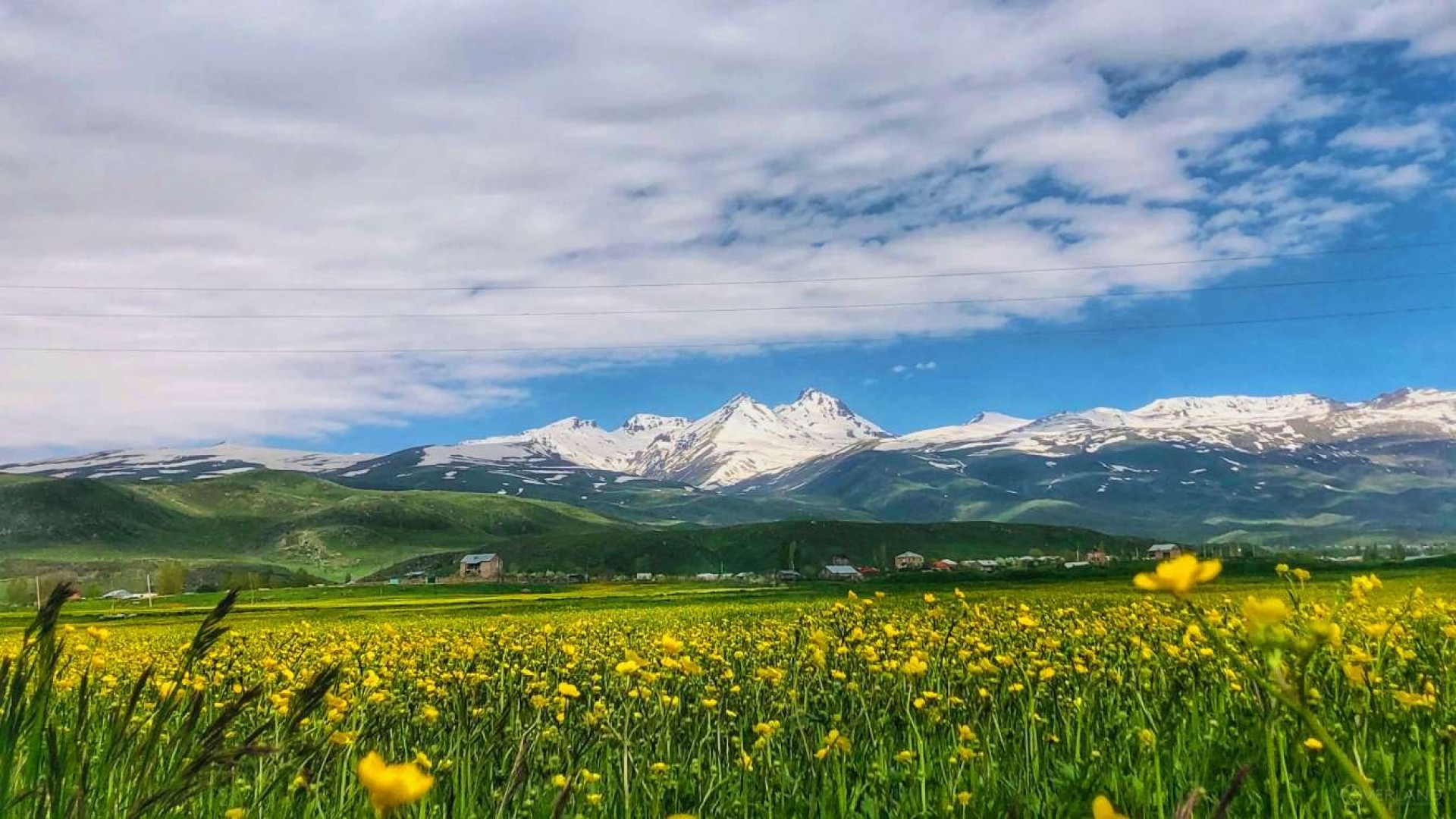 In all periods of history, especially in pre-Christian times, the mountain Aragats has always had an important meaning for Armenians. Exactly here, to the throne of God(the name is translated this way), from ancient times, people came to get answers to their deepest questions. 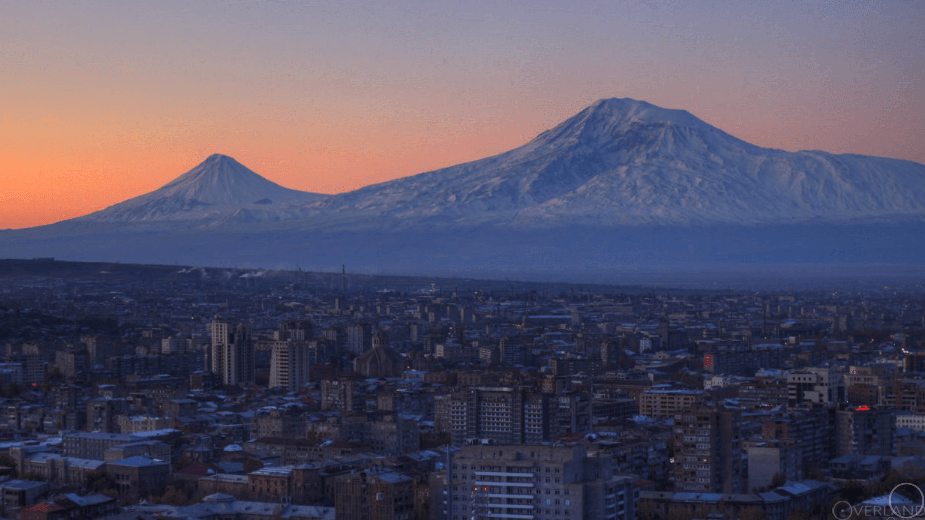 Ararat is the symbol of Armenia and even though it is temporarily out of nowadays territory of Armenia, it remains in the memory and perception of people, and the place where the history of Armenians began. 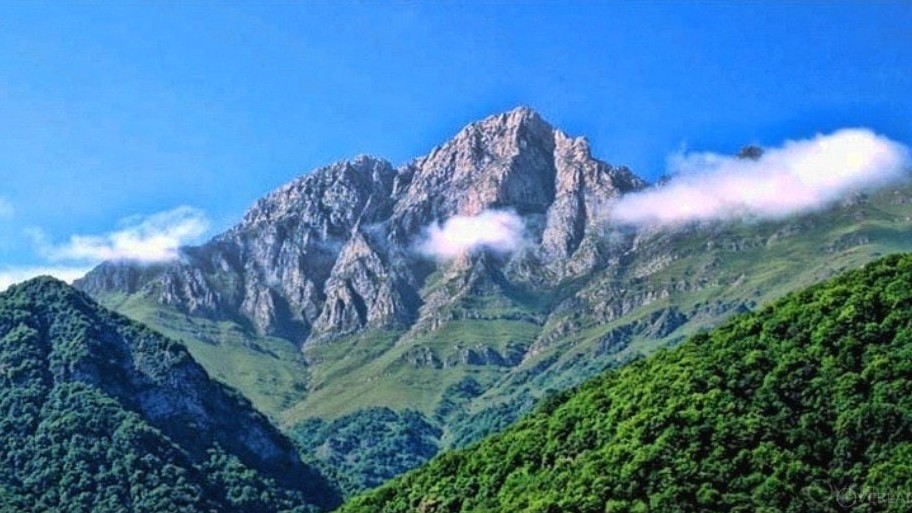 Khustup mountain is situated in Syunik region of Armenia. It's a part of Bagrushat mountain range. The height of Khustup is 3201 m. It originated from volcanic and sedimentary rocks. 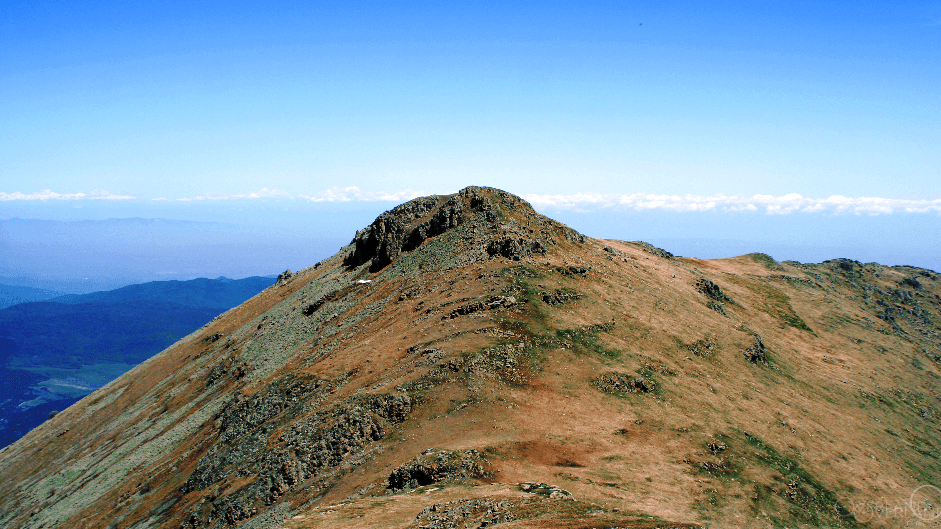 The highest mountain of Lalvar massive is Lalvar mountain that has an altitude of 2544 m. The mountain has a form of a stepped dome. It is dissected by radial mountain valleys. 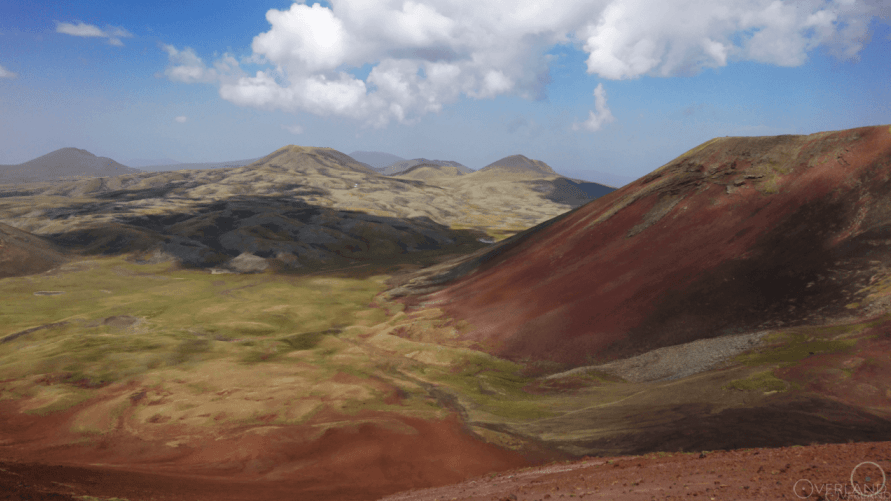 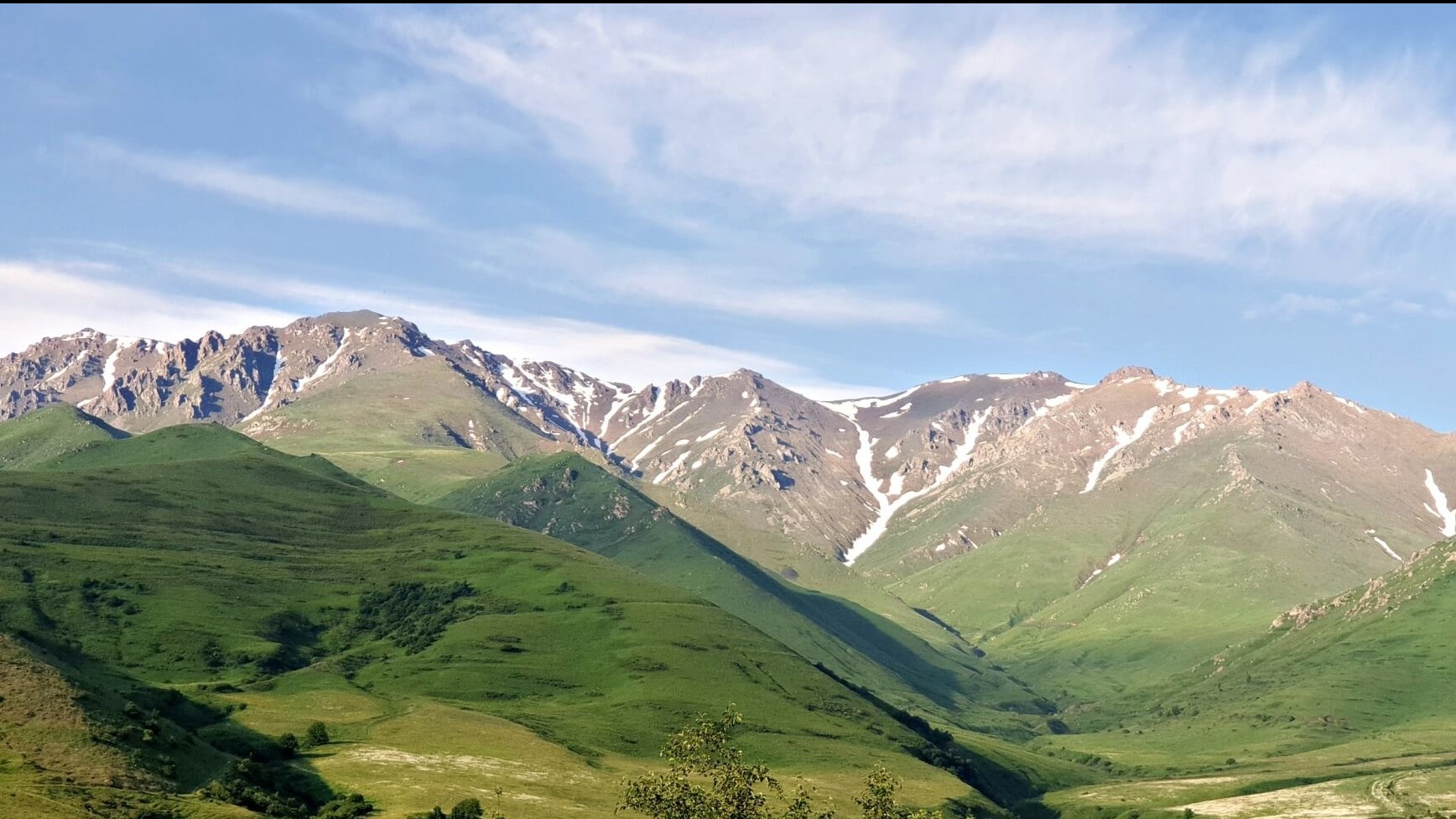 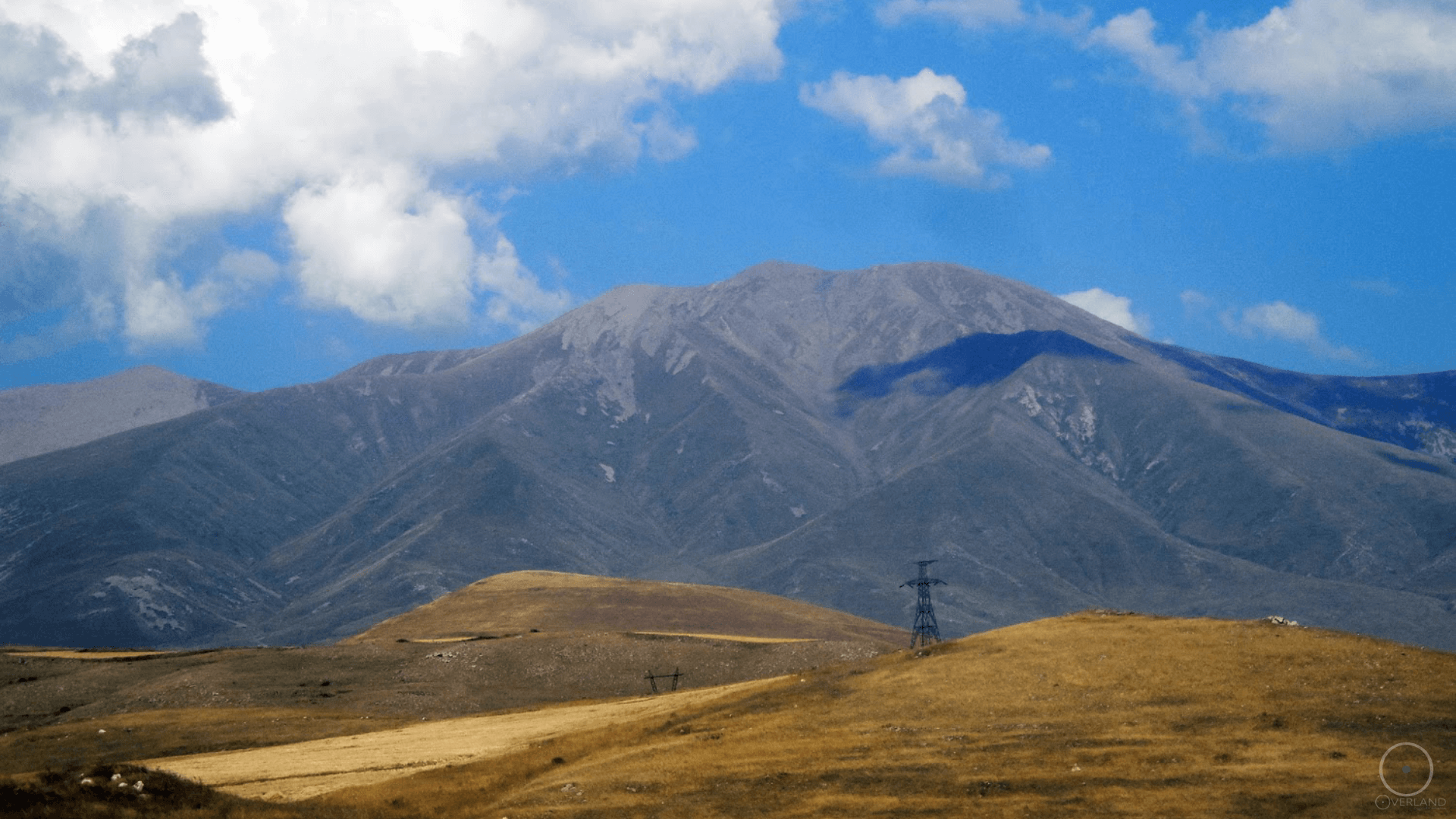 Ishkhanasar or the Big Ishkhanasar is the highest mountain of Ishkanasar mountain massive, which is situated on the Syunik Highland- on Syunik and Artsakh border. 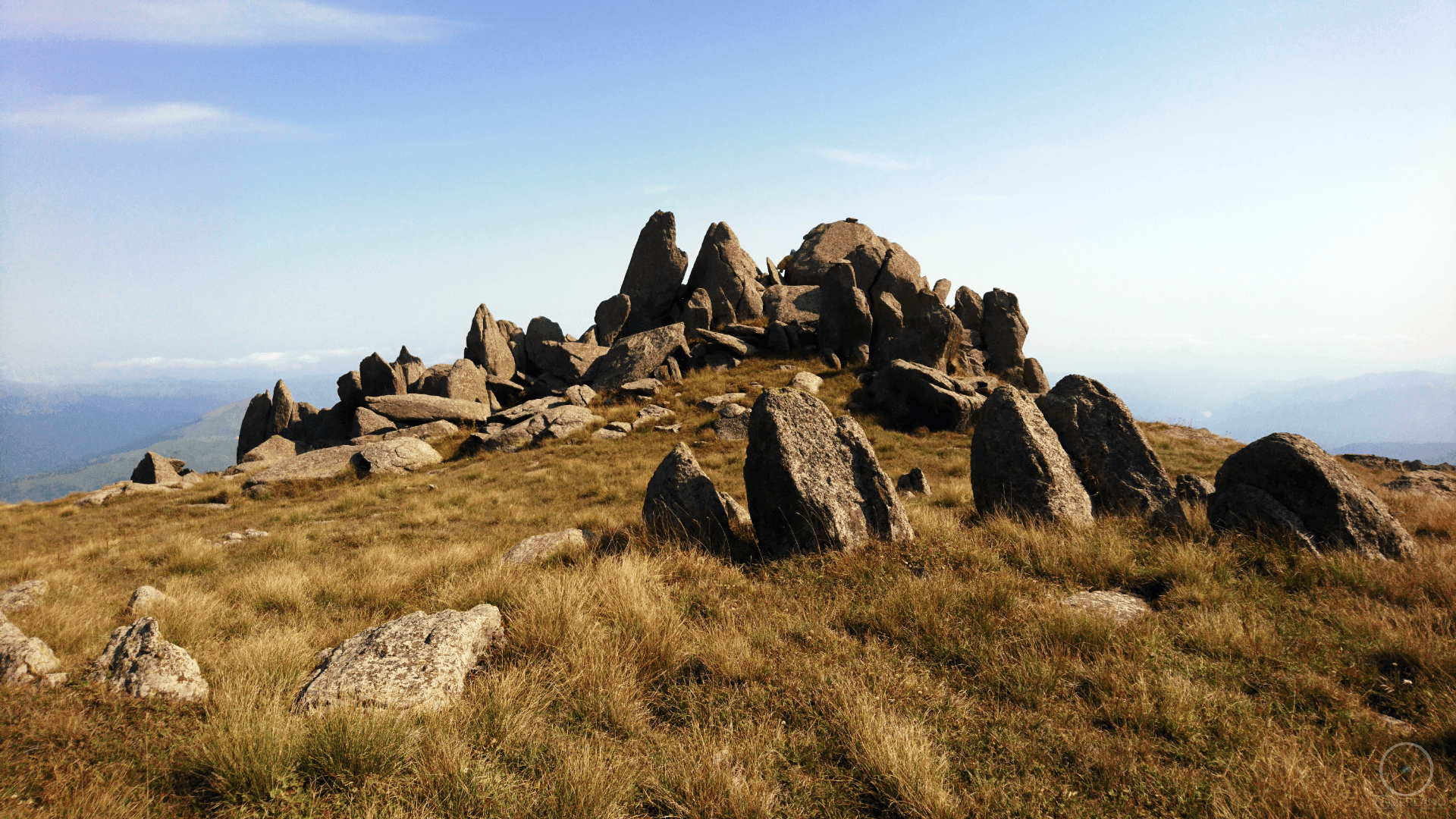 Miapor mountains (Mrghuz, Murghuz) or Miapor mountain range stretches on the border of Gegharkunik, Tavush regions of Armenia and Azerbaijan. These are folded mountains that stretch 54 km towards the north-west: from the junction of Agstev and Getik rivers to the top of Kashatagh. 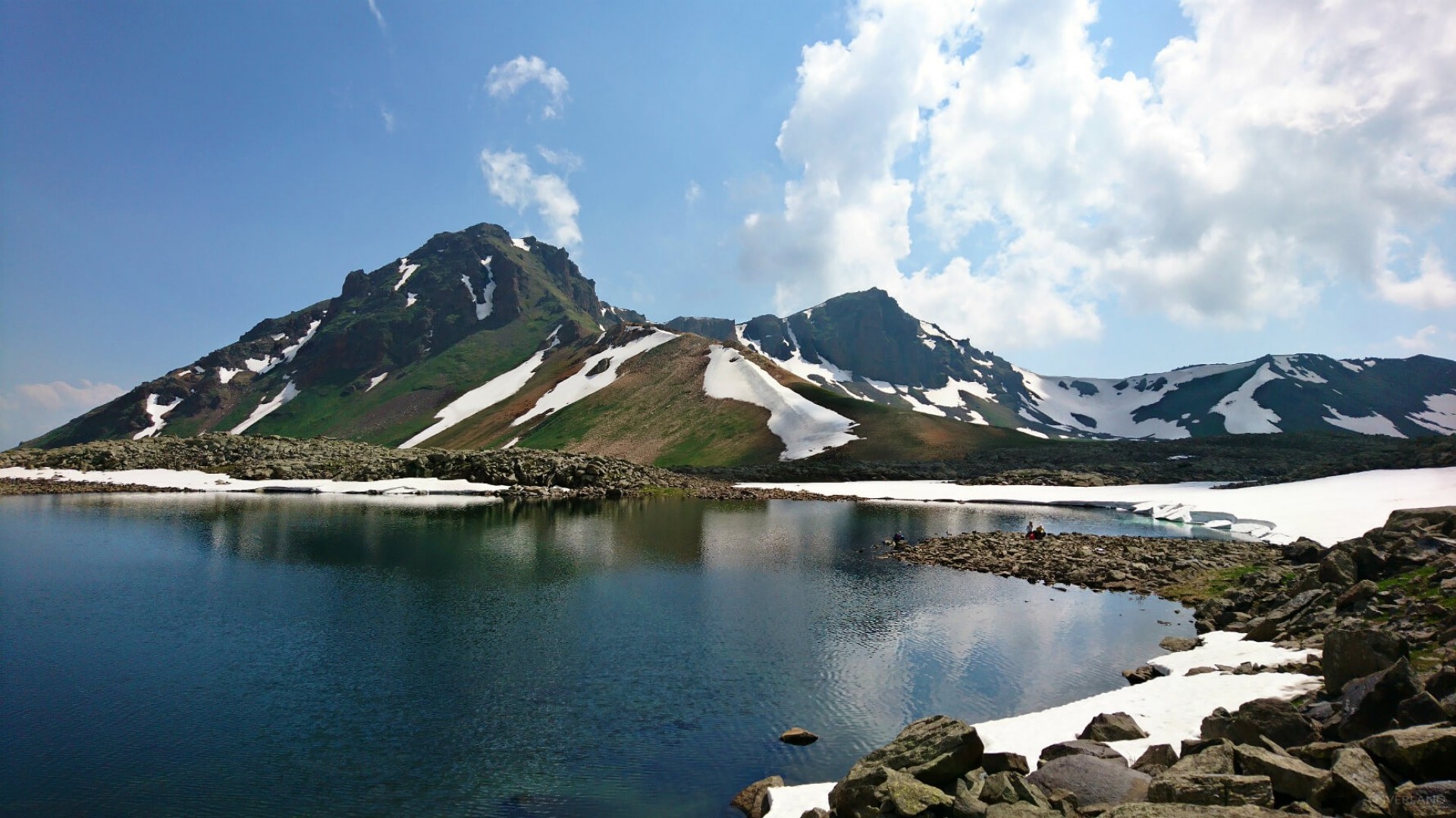 Ukhtasar is situated in Syunik region, 30 km far from Sisian- in the centre of the Syunik Highland. The height of the mountain is 3300 m. For 9 months in a year, Ukhtasar is covered with snow. 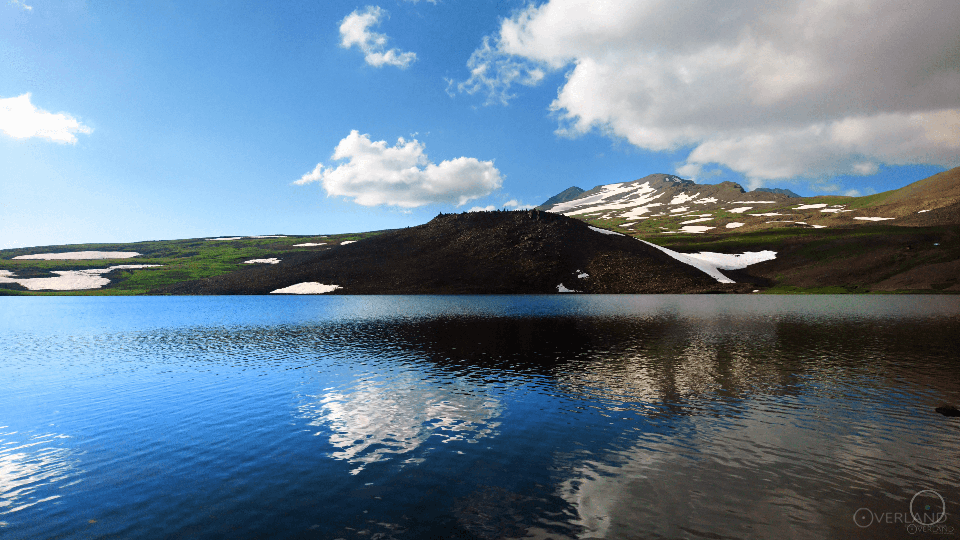 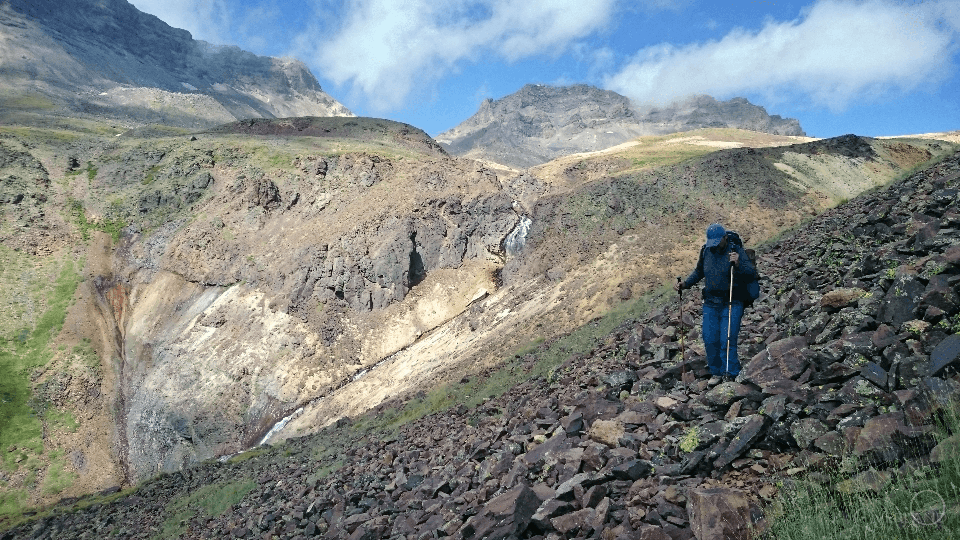 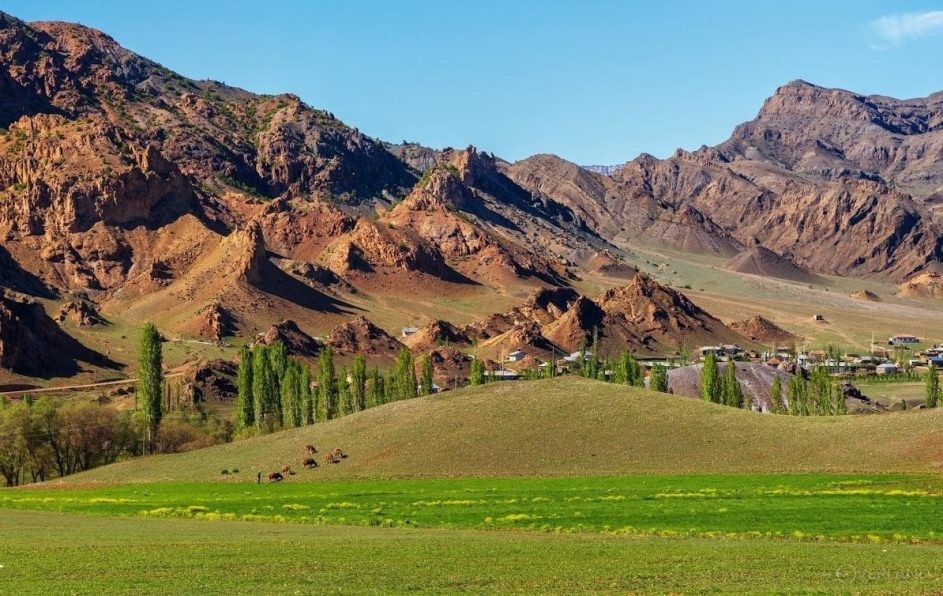 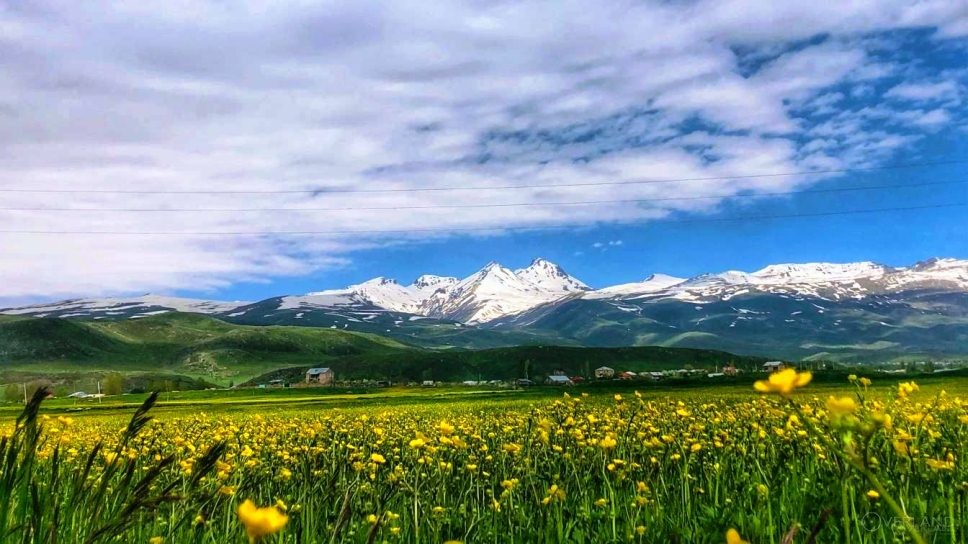 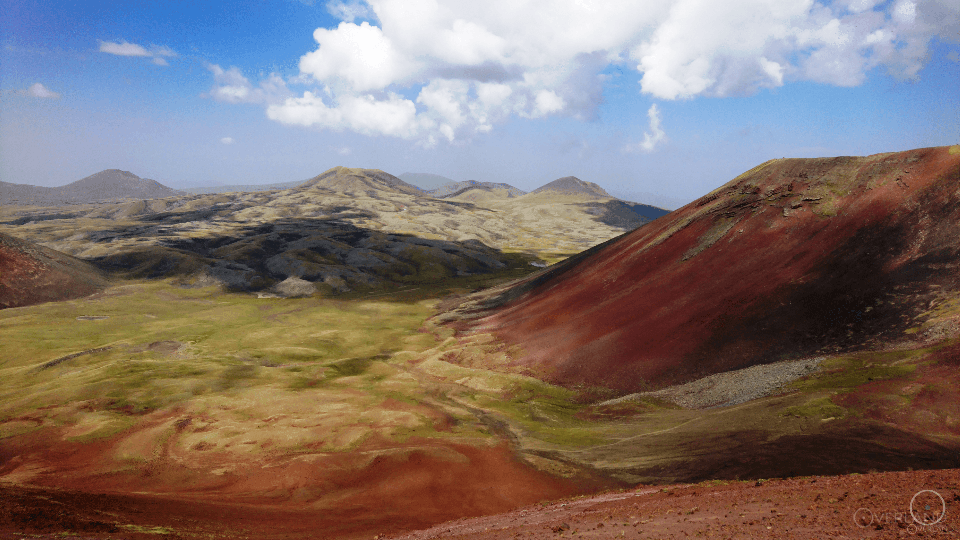 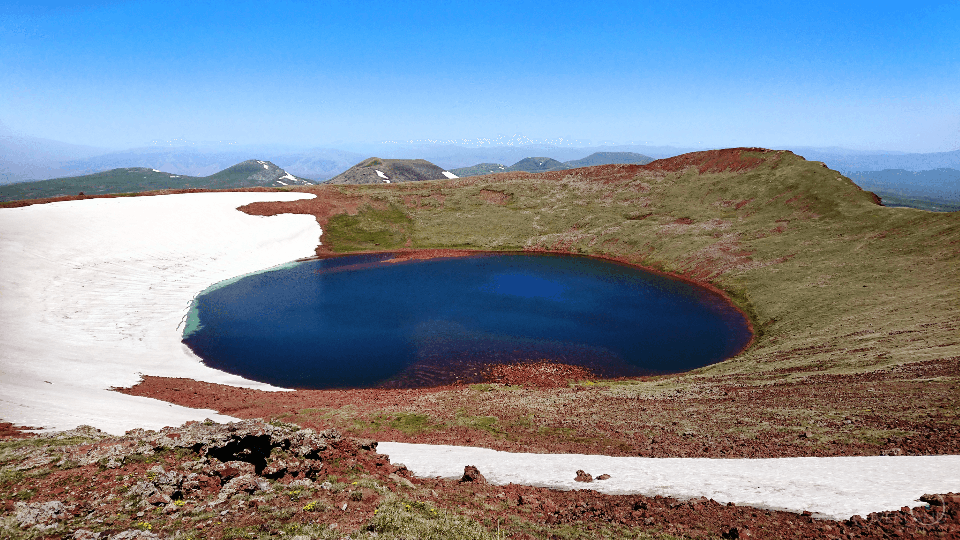 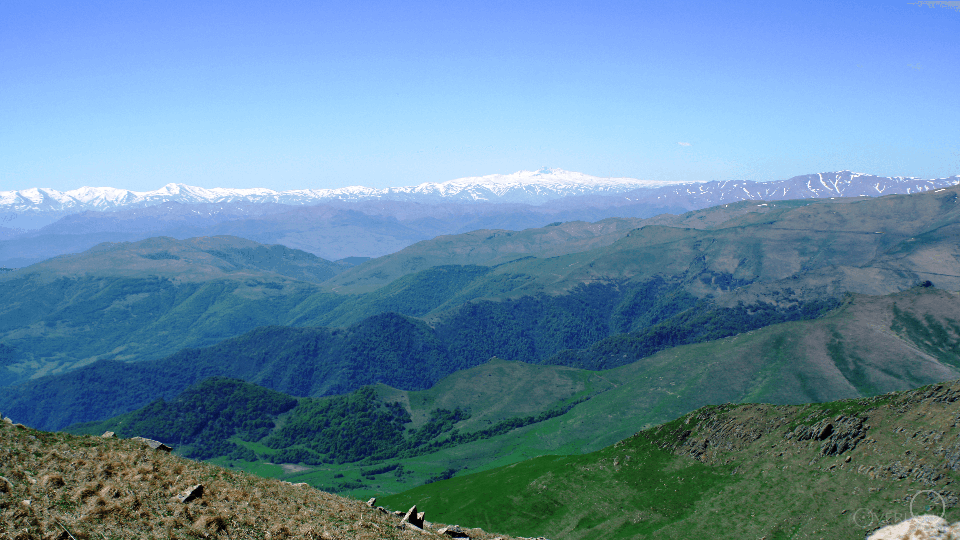 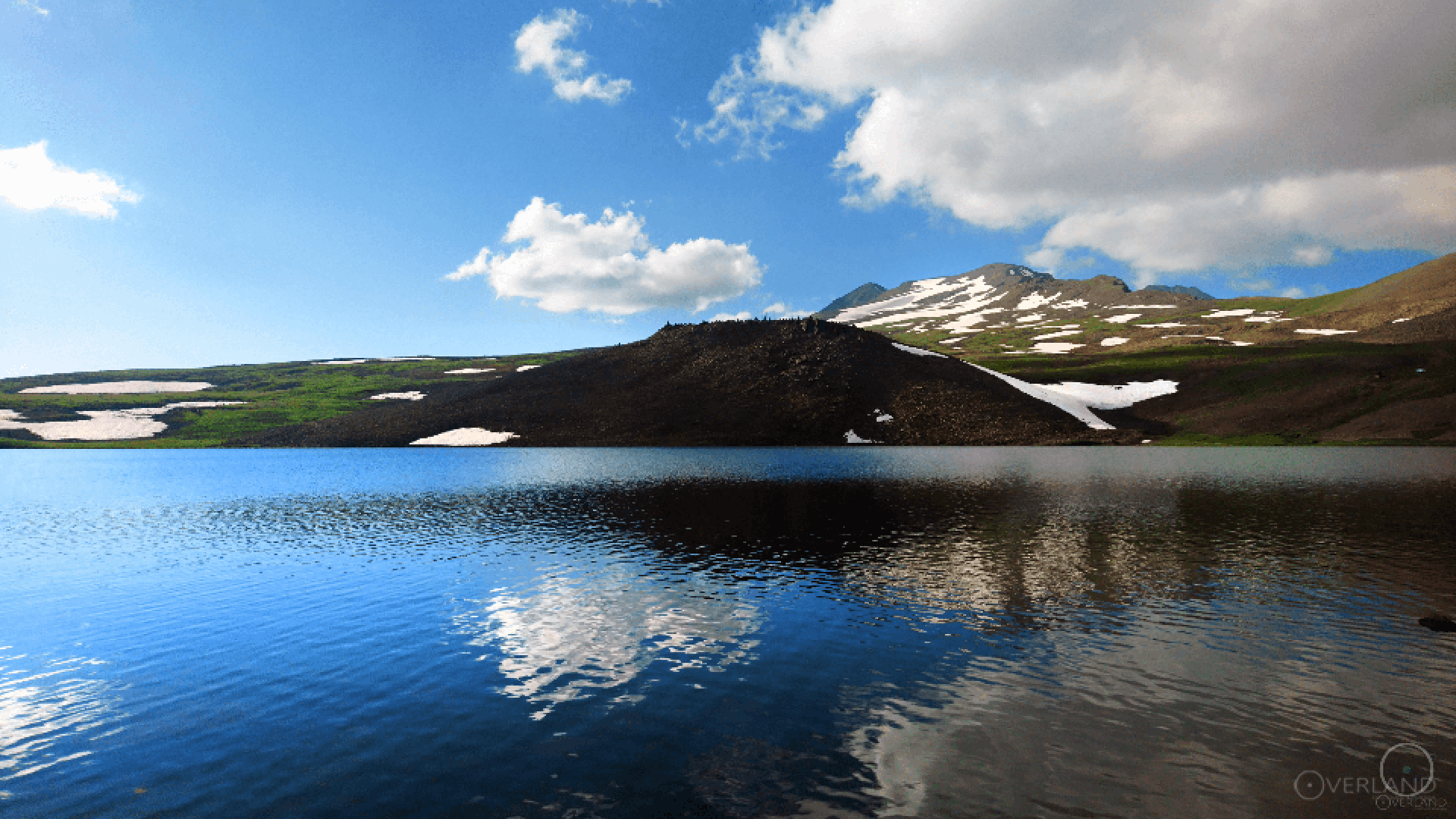 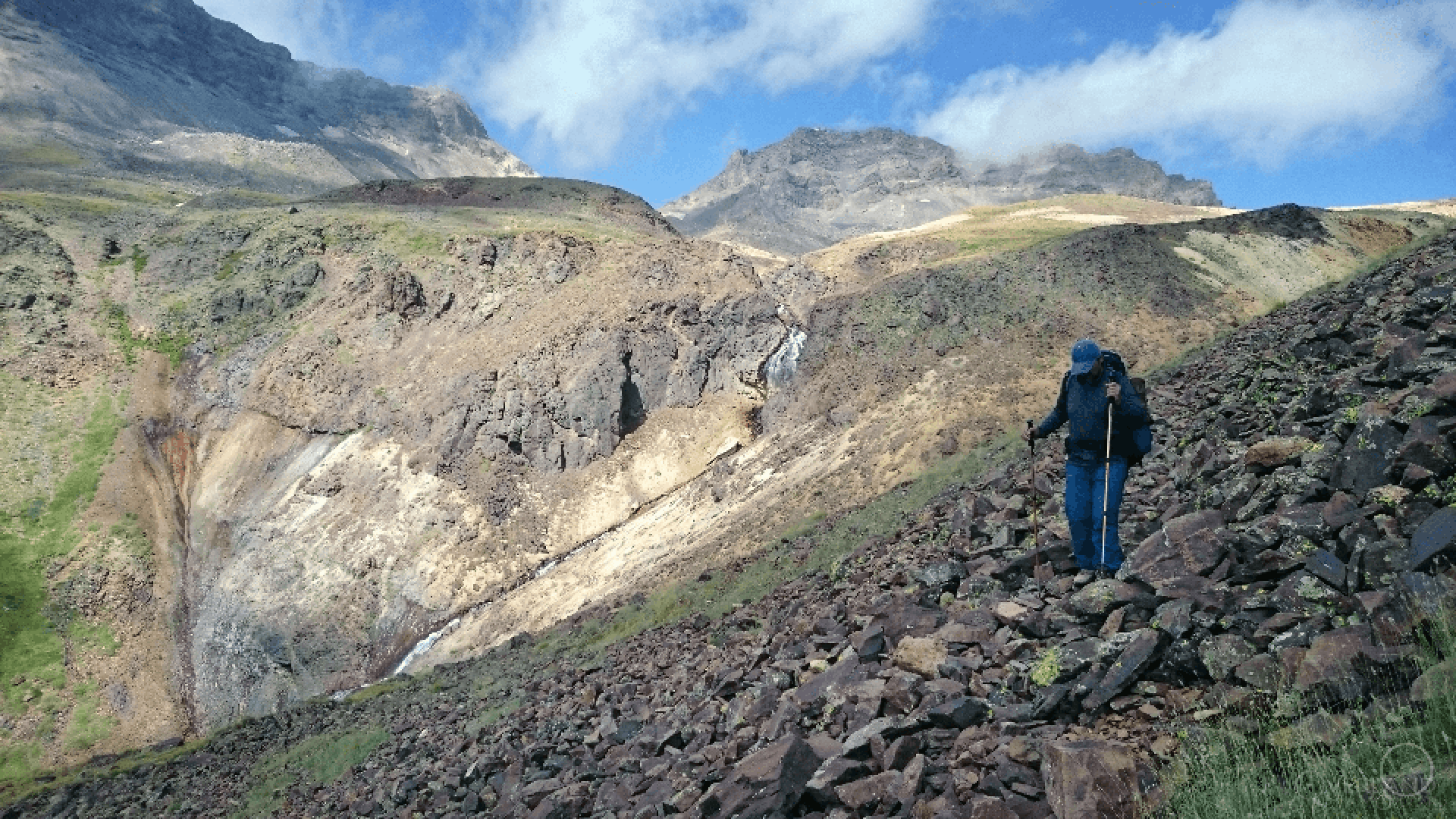 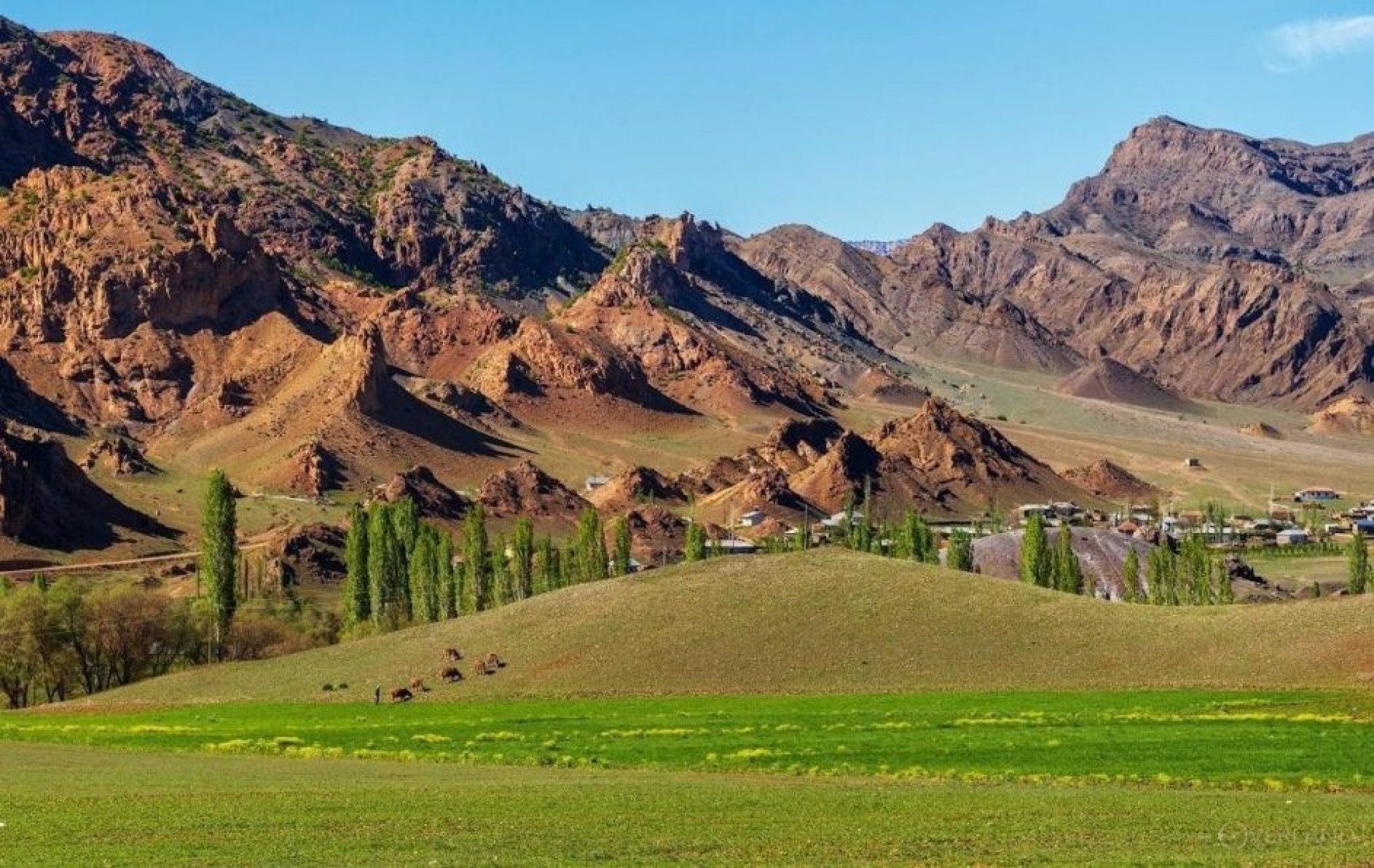 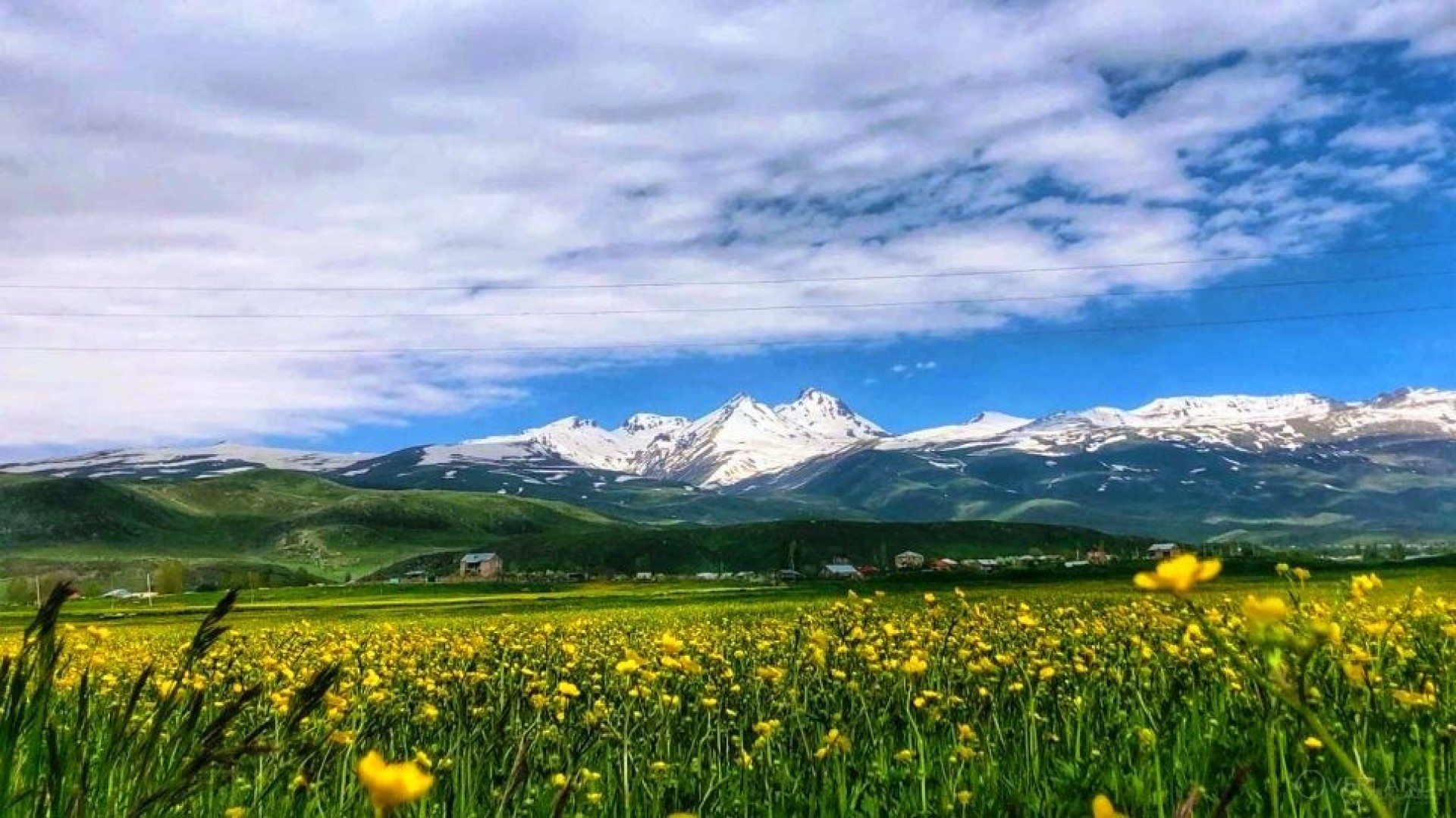 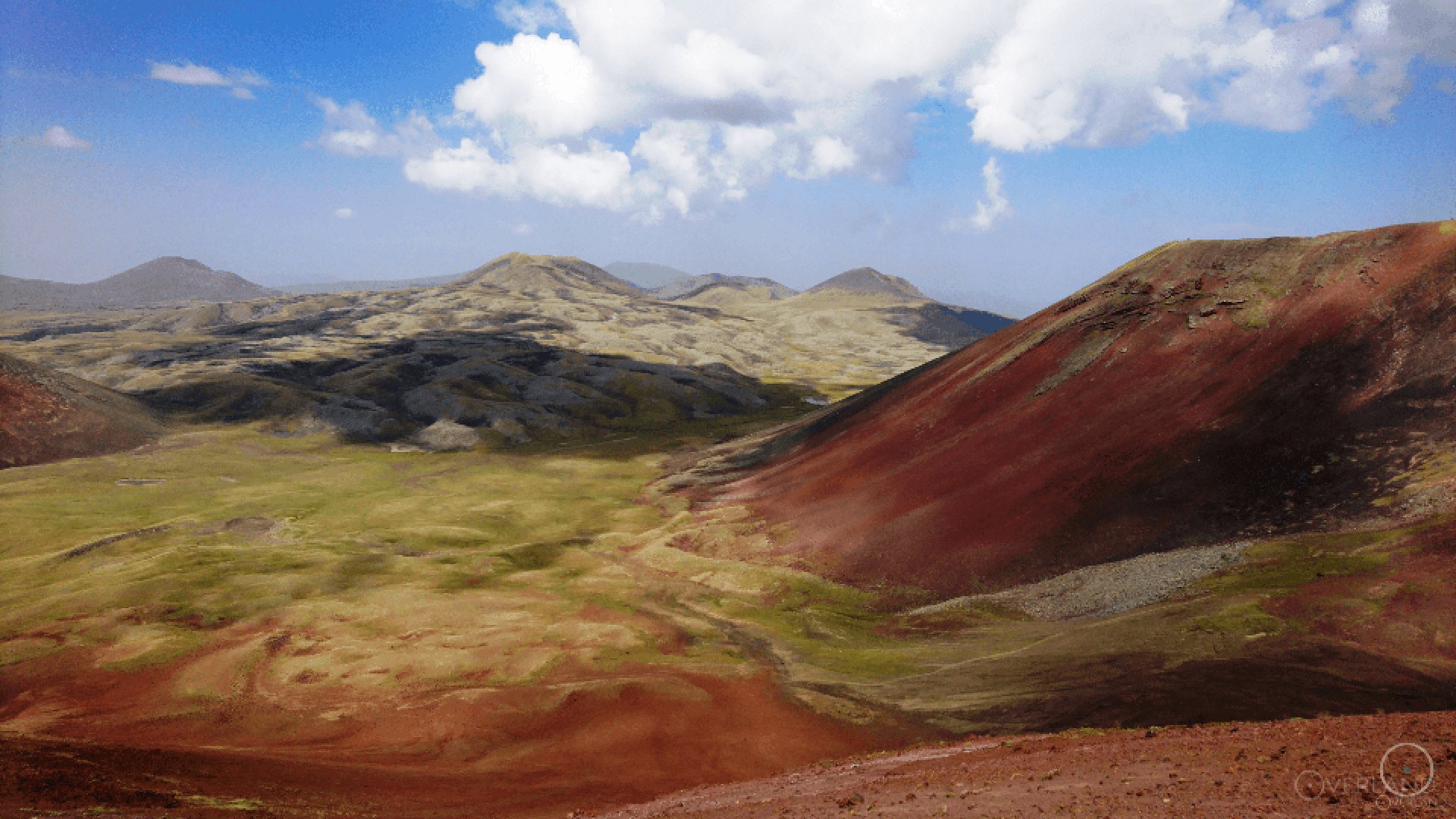 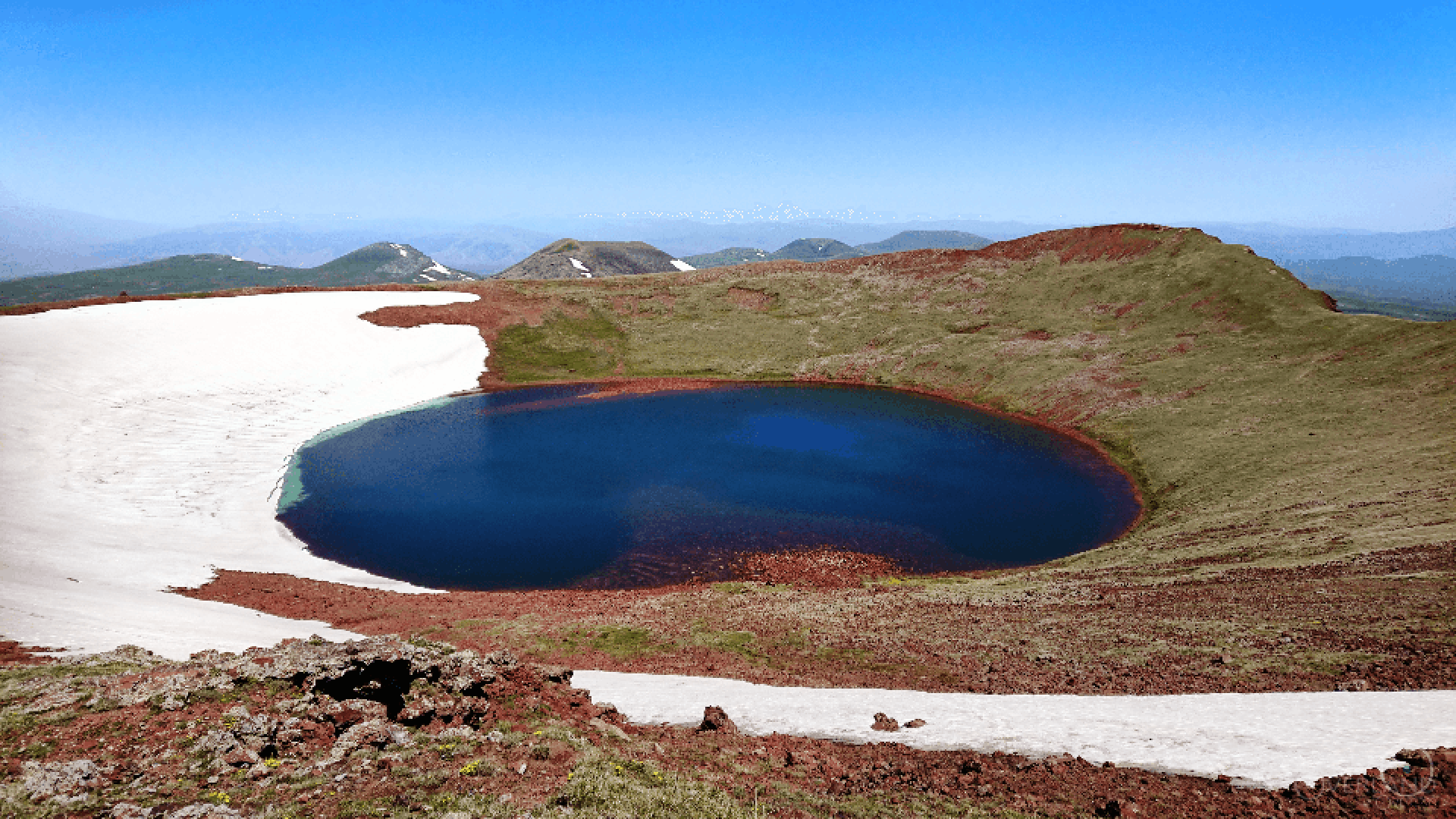 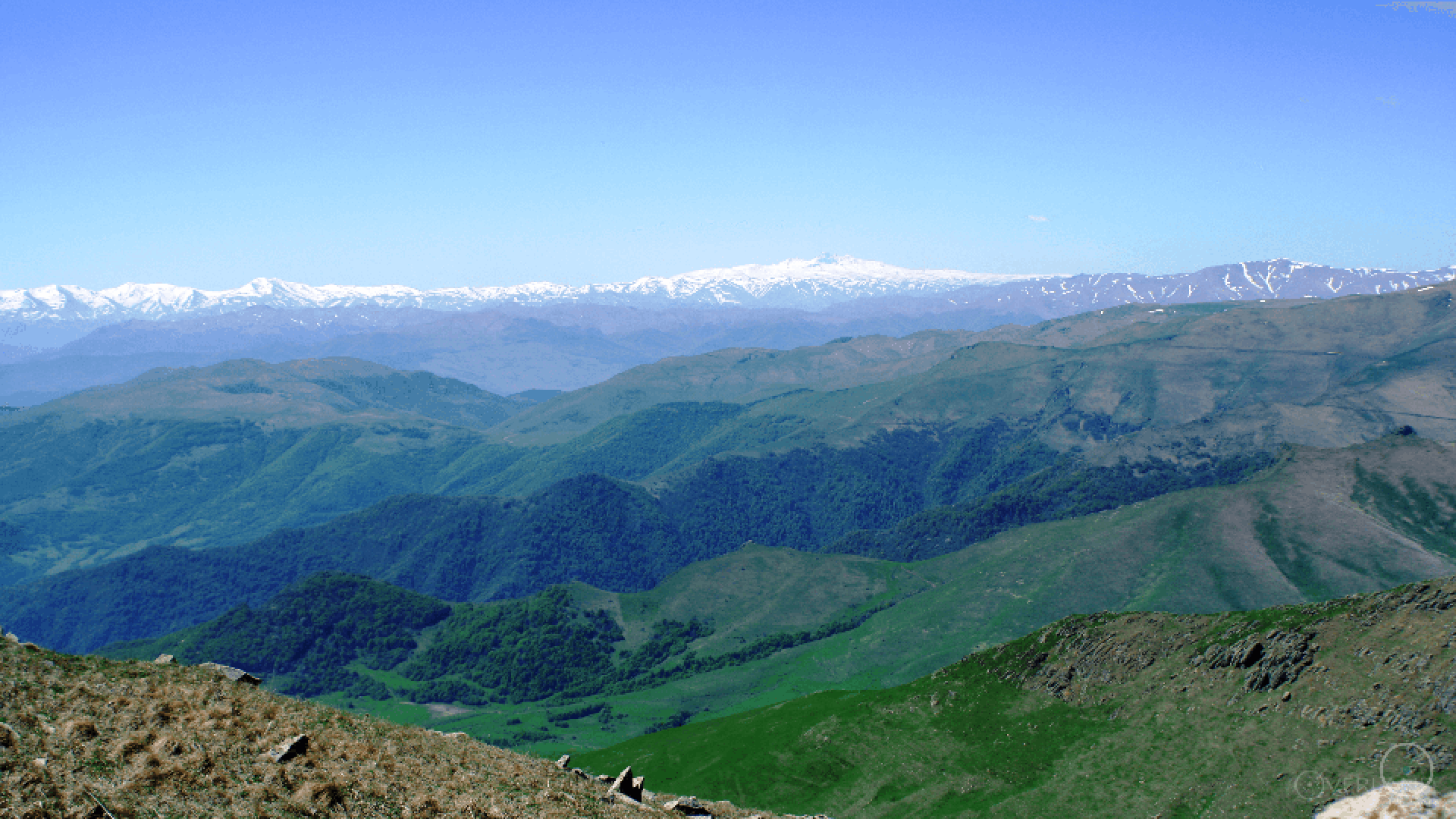 Armenian mountains are the mountains of the Armenian Highland, where Armenians originated and developed, and which is one of the world's civilization centres. People have lived here, since the Paleolithic Age.

Because of its average altitude of 1500-1800 m above sea level, and the high position, compared with the surrounding countries, the Armenian Highland was called the “mountain island”. The separation of the Armenian highland as an independent physo-geographical region is determined with a complex combination of young tectonic and volcanic forms that are rare for the entire planet Earth. The Armenian Highland is one of the links of South Eurasia, which stretches from the Iberian Peninsula to Indochina. It was originated in a vast pressure of the Mediterranean (Alpine-Himalayan) folded range.

On the north border of Armenian highland the Eastern Pontic and Caucasus Minor mountain systems rise, and on the southern side rise East and Armenian Taurus. The Corduene mountain range borders it from the south-east. These systems lighten the internal elevation, which in the horizontal direction is intersected by a range of internal mountains. It is the Armenian plateau, where several mountains(Ararat, Sipan, Aragats) are above the mountains' system, standing on the edges of the highlands. Thus, Armenian highland looks like a huge, fenced by walls' island.

The main mountain systems consist of a series of mountain ranges that are connected by passes or divided by vast canyons and valleys. The separation of these systems is brightly expressed in the central, extended part of the highland. In this way, many large and small hollows of different rates of privacy and heights are created inside the bordering system and in a greater steppe between them. These hollows differ from each other in nature, and they represent different physo-graphical zones.

The highest points of Armenian highland are:

Ararat mountain- An extinct volcano in the centre of the Highland. Big Ararat or just Ararat is the highest mountain of the Armenian Highland, its height is 5165 m. The mountain has always had special meaning for Armenians. Not because according to Bible Noah’s Ark landed on Mount Ararat after the floods began to subside. Ararat had a mystical influence on ancient Armenians with its beauty and inaccessibility. There are lots of  legends and beliefs associated with it. Ancient Armenians believed that Masis(Ararat) was a "home" for snakes and vishaps
(huge mythological creatures in the myths of the Armenian Highland and West Asia people).
There is a legend, according to which during a hunt the Armenian king Artavazd was captured by Kajks (the spirits of wind and war in Armenian and Georgian mythology) and in chains was imprisoned in a cave. In order to save the king, the dogs gnawed the chains continually. But every evening, on Navasard eve (Armenian New Year- August 11), the blacksmiths beat with the hammers for three times, and because of this, the chains are again strengthened.

Sabalan- The second highest mountain of the Armenian Highland. It is an extinct volcano that is situated on the territory of Iran. The mountain is the highest point of Iranian Atropoten with a height of 4811 m.

Djilo-The highest peak of the Corduene mountains (4186 m). It is the third highest mountain. This volcano is situated on the southern part of the highland.

Aragats- The highest volcano of nowadays Armenia. If we look at the entire highland, it is the fourth highest mountain. From ancient times, people went exactly to Aragats to get answers to their deepest questions. The name Aragats wasn't chosen by the chance, it literally translates as the throne of God- Ararich(God) + gah (throne).

Aragats is majestic with its four peaks, among which there's a great crater, the depth of which is 360 m, and the radius is over 3 km. The highest peak is the northern one(4091 m). The next highest peak is the western(3996 m), then comes the eastern(3909 m) and the shortest(3888 m).
According to an old legend, Ararat and Aragats were sisters, who loved each other very much. But one day they quarreled with each other. The one said that she's higher and better, the other one said that she's better and more beautiful. The mountain of Maruta intervened and tried to reconcile the sisters. As she wasn't able, she cursed them: " Let Ararat and Aragats be so separate that they never meet again".

Sipan- This is an extinct volcano on the northern part of Lake Van. The height is 4058 m above sea level.
The Republic of Armenia occupies only a small- north-eastern part of the highland.

The main mountain ranges of Armenia are:

Geghama range- It stretches on the borders of Kotayk, Gegharkunik, and Ararat regions- between Sevan and Ararat hollows. The length of the range is 70 km. It has a volcanic origin. The highest mountain is Ajdahak-3597 m. In the mountain's crater, there is a beautiful mountain lake.

Vardenis range- A volcanic mountain range is on the borders of Gegharkunik and Vayoc Dzor regions. On the south of the basin is Sevan lake. The length of the range is 60 km. The highest mountain is Vardenis- 3522 m.

Javakheti mountains (Javakheti range) - are included in the system of Caucasus Minor. This is a volcanic mountain range on the southern part of Georgia, it has borders with Lori and Shirak regions of Armenia. The length is 50 km. Achkhasar(3196 m) is the highest mountain in the range.

Zangezur mountains (Zangezur range) - stretch through the south-east of Armenia. The length of the range is 130 km. The highest mountain is Kaputjukh(3904 m)

Sevan mountains (Sevan range) - are in the border of Armenia and Azerbaijan. The length of the range is 50 km. The highest mountain of Sevan range on the territory of Armenia is Perezak-3290 m. There are many legends about the range's name. As ancient people weren't able to explain some phenomenon, they made up legends. Or maybe they knew so much than we can imagine and what has reached us aren't legends at all ...

Another legend about the mountain Araler- an extinct volcano with a height of 2577 m. According to the legend, the mountain was named after the Armenian king Ara the Beautiful. The legend has it, that Semiramis, an Assyrian queen was in love with Ara. Being refused by the king, she declared war against him and placed her army in this very place. During the war, Ara the Beautiful had been killed, and after this, his body became the mountain Araler. Afar(from Yerevan) the mountain looks like a lying man with his hands on his chest.

Another legend has it that in ancient times the Armenian mountains were husky and tall brothers. These giant brothers had a custom of getting up early in the mornings and tying their belts. Only then they greeted each other. So they lived happily and amicably. But centuries passed and they got older. They weren't able to get up early. And, once getting up late they forgot to tie their belts before greeting each other.  After seeing this, God decided that it would be better if the brothers became mountains because they had grown and couldn't get up early anymore and even move quickly. He turned the brothers into mountains, entrusting them to close and harden the way to Armenia for enemies.

Thus, these giant brothers were turned into mountains. Their emerald belts turned into green fields and tears into springs of cold water.