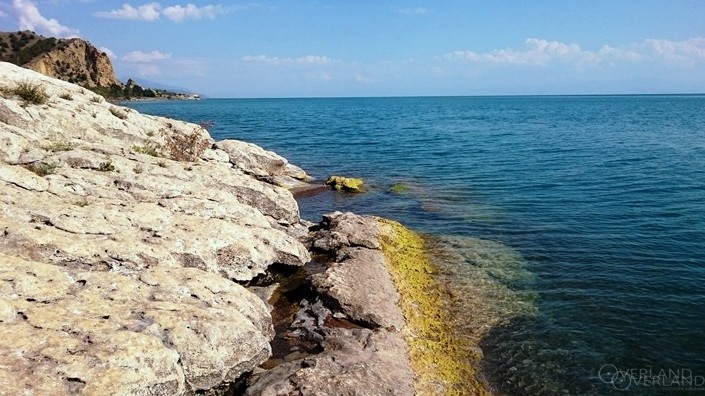 We can rightly call Sevan the treasure of Armenia. This is one of the largest alpine lakes in the world and the second freshwater alpine lake- after Titicaca. 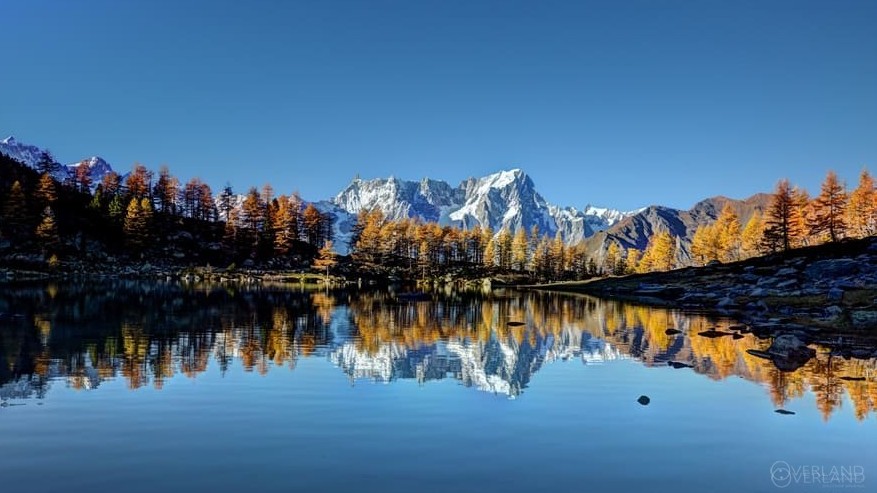 The northern beauty- Arpi lake is situated on the high Javakheti plateau. The height of the plateau ranges from 1500-3100 m. The lake itself is located at an altitude of 2023 m and has a volcanic origin. 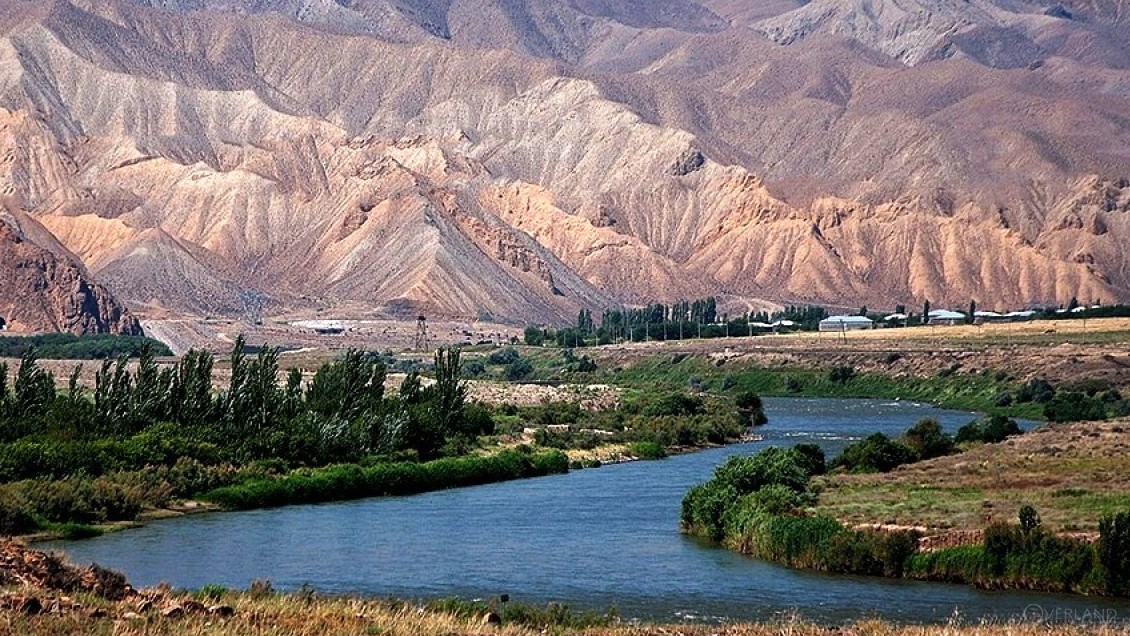 Araks River(Aras, Eraskh) is one of the largest rivers of the Armenian Highland. The river originates from numerous springs on the Byurakna (Bingel) mountains at an altitude of 2200-2700 m. 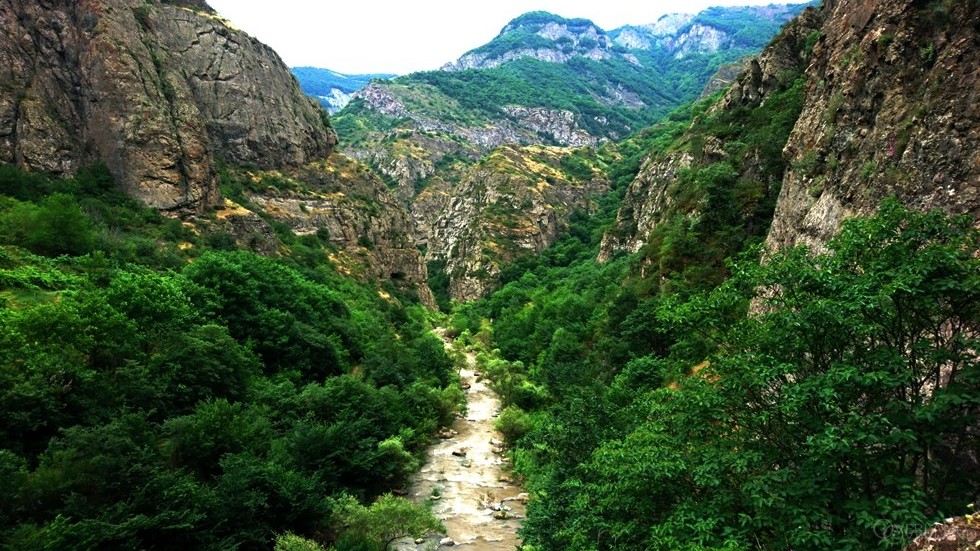 Vorotan River is the main river of Syunik region, left tributary of Araks. Vorotan starts from thenorthwestern slopes of Syunik Plateau- from Khalkha Lake, which is located at an altitude of 3045 m, and from the nearest springs. 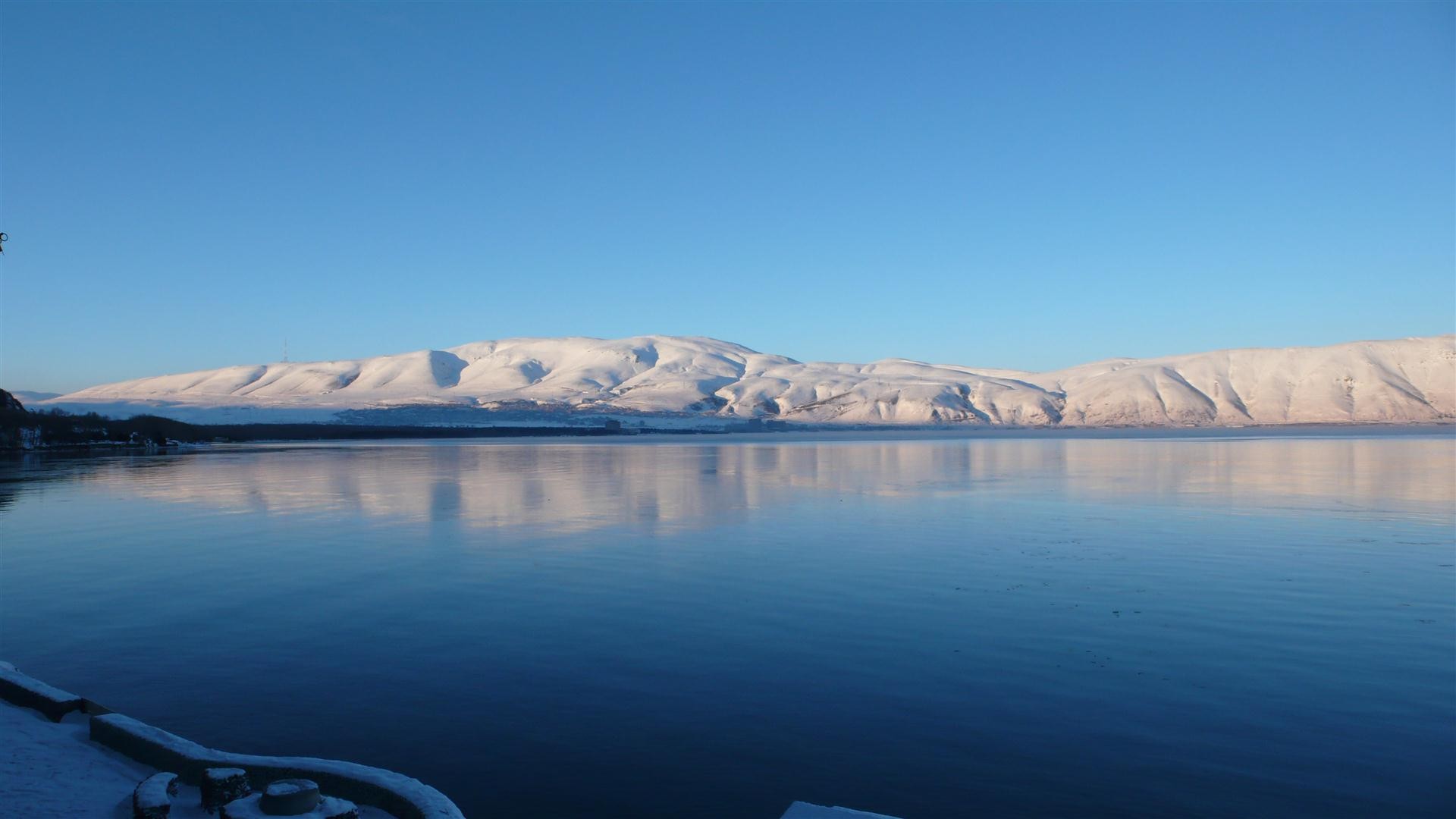 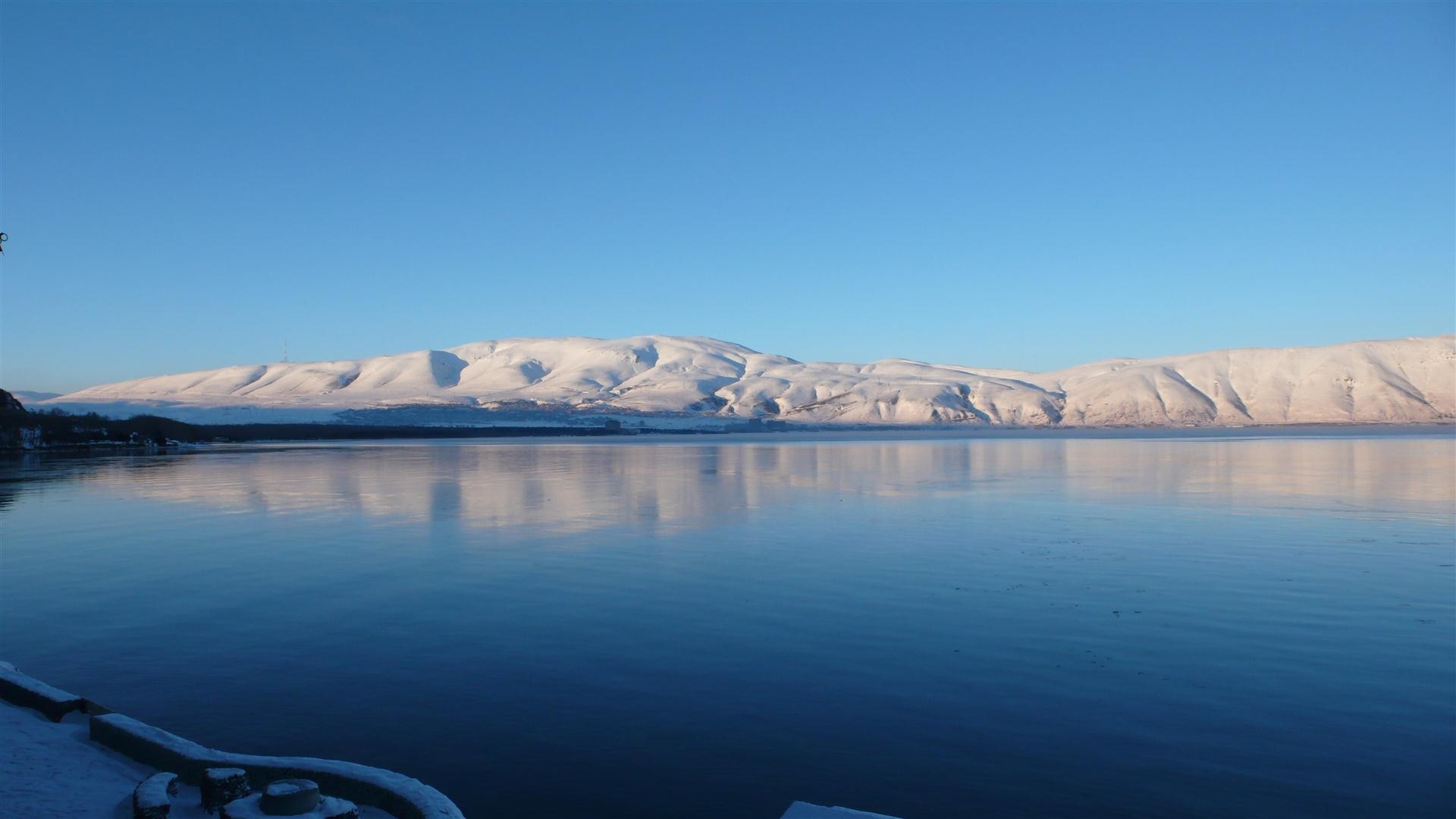 Lakes and rivers of Armenia

The largest lakes of the Armenian Highland are Van, Urmia, and Sevan. These were often called seas.

Lake Van is a drainless saline lake, which is located among the Corduene, Tsakhkants mountains and the Armenian Taurus mountains, at an altitude of 1720 m. The surface area is 3760 km2. The shores are basically rocky. This lake has many isles and 4 islands- Lim, Ktuts, Aghtamar, and Arter. There are some preserved monuments of Armenian churches and monasteries on the islands and shores. Surb Khach church, which was built in the X century, stands on Aghtamar island. On the north-west of the lake, not far from the shore, there is Hatsik village, where the inventor of Armenian alphabet Mesrop Mashtots lived.

Lake Urmia is a drainless saline lake, located on Iran territory. Until the end of the 20th century, it was the largest lake in Near East. Because of the intensive use of river waters, flowing into the lake, at the end of the 20th century the area began to shrink and now the lake is on the verge of extinction.
Unlike those two lakes, Lake Sevan is a freshwater lake. Also, it is the 2nd largest alpine freshwater lake in the world. The lake’s surface is 1240 km2, the height is 1900 m. It is the biggest reservoir of freshwater in South Caucasus. 28 rivers flow into the lake, but only one- Hrazdan river starts from the lake, thus providing the lake’s fresh water.
People lived here since ancient times. It is evidenced by cyclopean fortresses, as well as traces of ancient settlements, sepulchers and many other artifacts that were found on the shores of the lake.
On Sevan Peninsula, stands the monastery of Sevanavank. This early medieval monastery is one of the most important monuments of Armenian spiritual culture. Another early medieval spiritual centre that reached our days and stands on the shore is the monastery of Hayravank.

Besides, there are loads of volcanic and glacial lakes in Armenia. Most of them are situated high in the mountains.

Here are some of them:
Akna- This is a lake on Geghama highland, on the slope of Aknasar mountain. It’s a natural monument. It is situated at an altitude of 3030 m and is surrounded by young volcanic cones and alpine meadows.

Allich - It is situated at an altitude of 2947 m, in Syunik region, in Armenia.

Arpa lake - Lake in Shirak region, in Armenia. It is situated at an altitude of 2023 m. The lake is rich with flora and fauna. More than 100 bird types live near the lake. Most of them are listed in the Red Book of Armenia.

Sev lake - Lake in Syunik region, at an altitude of 2666 m. According to a legend, a fourty-headed dragon drank half of the lake’s water and lied down to rest in order to drink the remaining water, but he fell asleep. God gave an order to raise the lake to save it from the dragon.

Kari Lake - Lake on the slope of Aragats mountain, at an altitude of 3207 m. The lake is fed by snow. That's why the lake's water is cold.

Gosh Lake - Mountain lake in Tavush forests. It is fed by mountain springs and residues. Here's why the water in the lake is cold. In summer, the lake's temperature rises only to 14° C.

Parz lake - surrounded with forests lake, at 9 km north-east from Dilijan. It is situated at an altitude of 1350 m.

Lessing lake - The lake is situated at an altitude of 3300 m, on the north-east of Aragats mountain's slope. It is fed by snow. The water is very cold. Its temperature rises to 9° C.

Umroy lake - Lake on the eastern slope of Aragats. It is situated at an altitude of 3050 m.

The rivers of the Armenian Republic belong to the basin of Kura and Araks rivers. These are mainly swift mountain rivers.

Arpa: Left tributary of river Araks, flows through the territory of Vayoc Dzor. It starts at the height of 3200 m.

Axuryan: The third largest river in Armenia, flows through Shirak region. The length of the river is 186 km. The city of Gyumri stands on the left bank of the river. On the right bank, there's the ancient capital of Armenia- Ani(now, it is in Turkey).

Vorotan: Left tributary of river Araks. It starts at the height of 3045 m and flows through Syunik region. The length of the river- 178 km.

Debed: Swift mountain lake- the richest in water lake of Armenia. It flows through Lori region. Thre length is 178 km. Pampbak is the main tributary of Debed.

Kasagh: The river is fully used for irrigation, and during the hottest summer months it dries.

Hrazdan: The only river that starts from Sevan lake. The river's length is 141 km. It flows through Gegharkunik and Kotayk regions, through Yerevan, also through Ararat region and then flows into Araks river.

Sevjur or Metsamor: Flows through Ararat and Armavir regions. The length is 40 km. It flows into the river Kasakh.

The complexity of the mountain rivers' relief in Armenia contributes to the occurrence of picturesque waterfalls on the rivers. Some of them are cultural monuments. You can see almost all these waterfalls if you leave a request for a tour in Armenia.

Trchkan- It is a waterfall on a tributary of Pambak river. The waterfall is a natural monument.

Kasakh- The highest waterfall in Armenia- 70 m, on the river Kasakh. It is situated opposite Hovhannavank monastery.

Gegharot- It is situated on Kasakh tributary, at an altitude of 3000 m.

Jermuk Waterfall is situated in Jermuk city, on Arpa river's tributary. The height is 68 m. It is a natural monument. According to the legend, near the waterfall, on the impregnable rocks stood the fortress where the nobleman lived. His daughter felt in love with a shepherd and every night using a rope he got to his beloved. But once her father noticed this rope and cursed his daughter that if she met the shepherd again, she would turn into a mermaid and would never get out of the water. But nothing could stop the lovers. This girl used her long hair to help him to get to the fortress. And at that very moment the curse came true, she turned into a mermaid, and her hair into a beautiful waterfall, which is known as “Mermaid's Hair”.

Shaki Waterfall is situated on the tributary of Vorotan river. The height of the waterfall is 18 m. There's a beautiful legend about the waterfall. The conquerors kidnapped 93 virgins, and sent them to their leader. When the caravan arrived, ladies turned to the invader with the request to have a bath and then only show up to their majors. The invaders agreed. The girls jumped into the river Vorotan and disappeared. Only one of the girls, named Shaki tried to escape. And when the soldiers wanted to stop her, on that very moment, miraculously a rock appeared and the water, flowing above the rock, hid her under its foams.