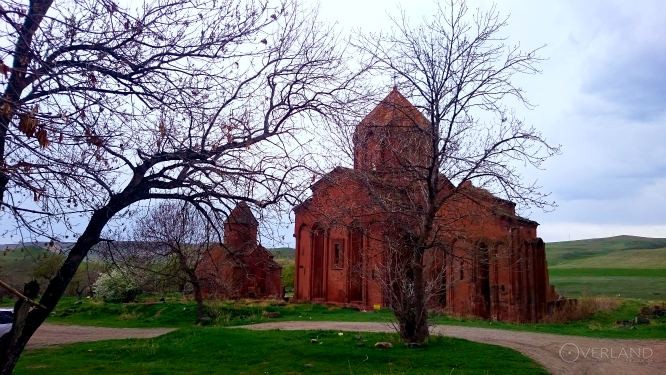 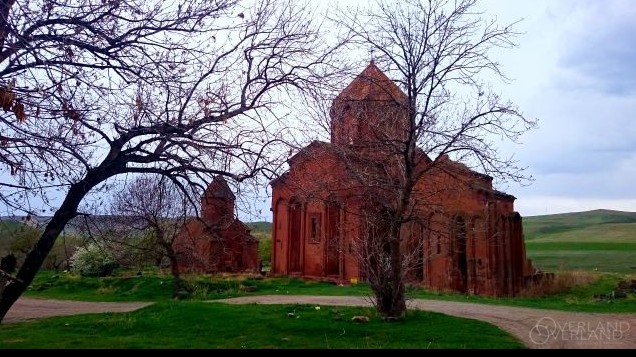 10 km west from Gyumri, stands the masterpiece of medieval Armenian architecture- the monastery of Marmashen. To Marmashen, as well as to other medieval Armenian monasteries, is suitable the harmony with the surrounding nature. It is situated on a picturesque bank of Akhurian river.

The monastery consists of 2 monuments- Big and Small. The main church of the complex-Kathogike St. Astvacacin(Holy Mother of God) was built in 1029, long before that, even in the pre-Christian period, here was located one of the most important shrines.
St. Katoghike presents a domed hall church. The inscription of Prince Vahram Pahlavuni is carved on the southern wall and represents kind of summary about the activities of Pahlavuni clan. The inscription is made with very beautiful letters, a great attention was paid to the lines construction.

During the construction of the main church, on the southern part of it, there was already another church. The northern church was built later or at the same time with Katoghike. Also, during the excavations, the fourth church was discovered, which externally had a round shape.

Another Little or Upper church stood on the hill- north from Katoghike. Only ruins and tombs were preserved. Besides, the complex consisted of various buildings. During Marmashen excavations, a huge amout of khachkars and gravestones were found.
In the XI century, in the period of Seljuk invensions, the monastery was destroyed and Katoghike church was turned into a fortress. In 1225 the monastery was rebuilt. The monastery was again destroyed after the invensions of tatar-mongols. It was recovered in the XIX century, and then, because of an earthquake(1883, 1988) it was partly destoryed.

Marmashen monastery isn't the only thing to see here. A few hundred meters from the monastery, there are caves, where people lived in the times of Stone Age, and a km to the east, in Vagramaberd, there is a cuneiform of Urartian king Argishti I. In the III millenium BC, this territory was rather densely populated, as evidenced by the traces of ten fortresses in an area of 5 km in diameter. The open tombs and pottery, situated several kilometers west from Marmashen, show that people lived here even after the II millennium.

South from the monastery, there is an ancient settlement of Tirashen. Here, on the rocks, around the settlement, some geographical images are carved. Also, during the excavations, artifacts such as arrowheads, beads and other objects were found. Founded here tomb is also interesting- decorations on tuff(a volcanic stone that is often used in different constructions of Armenian architecture), which are the same as the decorations of surrounding rocks.