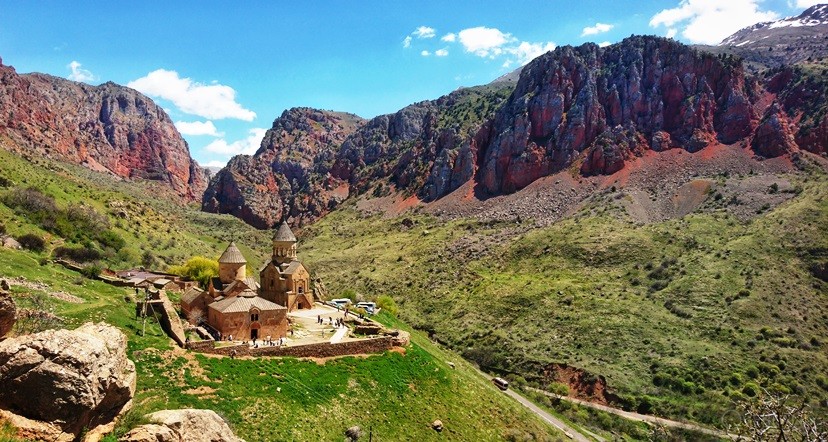 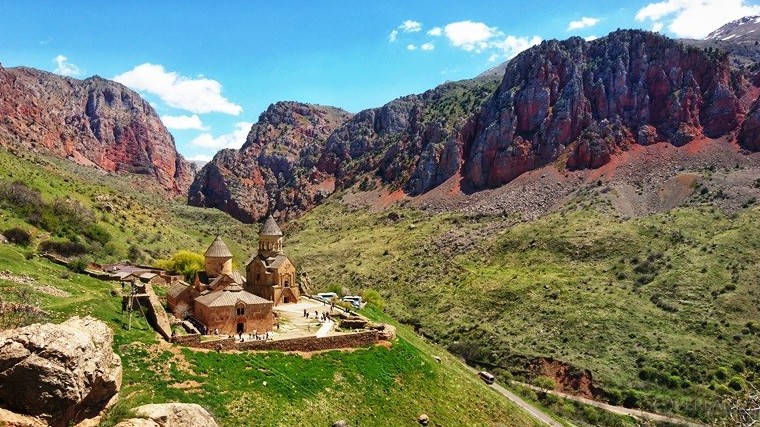 The first things that we see approaching the monastery is the dome and crosses of Noravank churches.Standing on the slope of a mountain, on a hill in a river gorge, the monastery was built of red and yellow stone. It creates harmonious integrity with the surrounding bear rocks of the same color.

The monastery of Noravank is one of the most important spiritual, scientific and cultural centres of medieval Armenia. It is situated in Vayoc Dzor region.

The activity of two famous Armenian architects is connected with Noravank. The architects are Siranes and Momik.
From 1221 the monastery was called Noravank. The monastery complex of Noravank includes church-sepulcher of St. Astvatsatsin (Holy Mother of God), St. Stepanos Nakhavka(Stephen the first Martyr) and the porch, St. Grigor's church-sepulcher, the ruins of a medieval chapel and other structures. In the XVII-XVIII centuries, a wall was built around the monastery.

In 1216-1221 the church "St. Stepanos Nakhavka" was built. In 1223-61 , the church's porch was built. It was a sepulcher for the Orbelyans family and for the spiritual leaders of the monastery. In the upper part of the porch entrance, in the bas-relief, there's a sculpture of Father God in the form of a human. This bas-relief is unique, because before that God was depicted in the form of a right hand or a light descending from heaven.

On the northern side of the church, architecture Siranes built a church-sepulcher St. Georgy, as a tomb of prince Smbat Orbelyan. The window above the altar was made so that it opens obliquely - towards the south. This was made with the intention that the rays of the morning light illuminated the tomb of Prince Smbat. But the studies have shown that it happens only once in a year- on 6(19) August, on Prince's birthday.

In 1331-1339 on behalf of Prince Burtel, architect Momik built a 2-storey St. Astvatsatsin. The first storey of the church is a sepulcher. To the second floor of the church- to the chapel, two narrow staircases on both sides of the entrance lead.

A beautiful legend is associated with the construction of this church. The architect Momik falls in love with the prince's daughter. The prince calls him and says: " If you build a church in a certain time, without any help, which will be unique in the whole Armenia, you will marry my daughter". The young master accepts the conditions and gets down to work. Cutting stones from the rocks, Momik almost builds the church. When the prince finds out about it, he sends his servant to Momik, who pushes him from the dome of a church. And the last stone hewed by Momik becomes a grave-stone for him...

The monastery construction was completed by Momik's students.

The churches of Noravank monastery are richly decorated with frescoes and bas-relief. Above the entrance to the church of St. Stepanos Nakhavka, there is a stone, on which Holy Virgin, child Christ, and the archangels are depicted. To avoid the destruction of this shrine during the Tatar-Mongol invasion in Armenia, in 1236, all of them were depicted with narrow eyes. In general, the source studies of numerous bas-reliefs and frescoes, together with manuscripts are medieval Armenian culture's features, which to some extent compensate the loss of other factual sources. 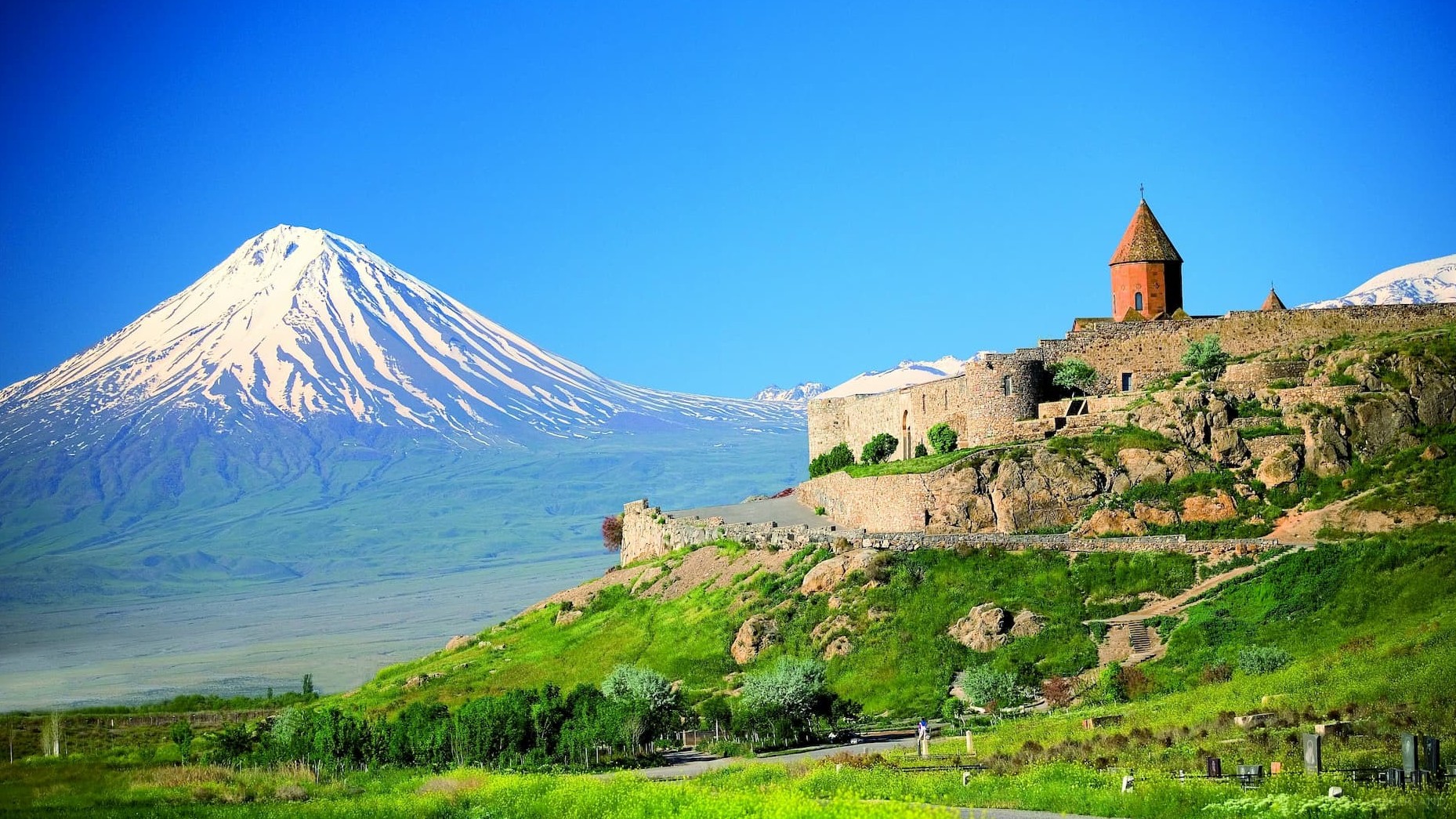