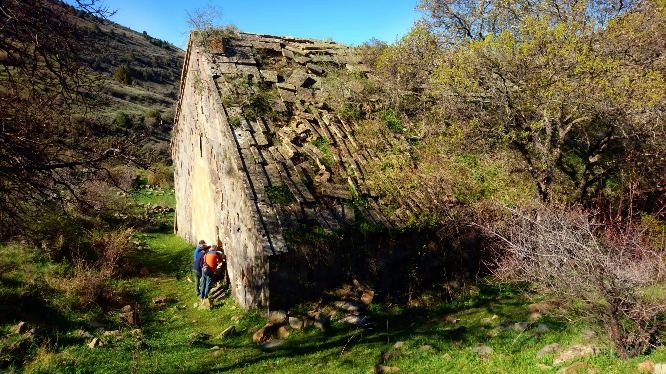 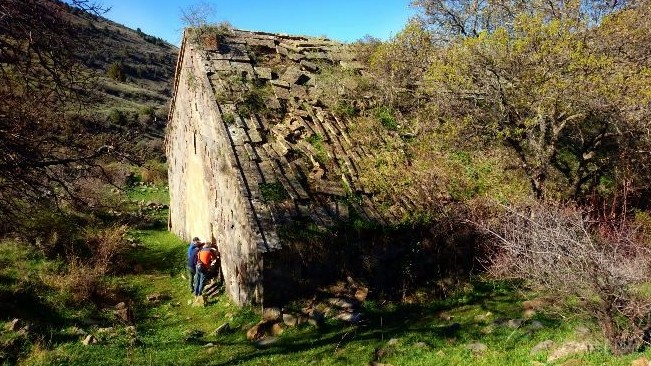 According to official information- the monastery was built in the X century, but its real history is much more ancient than we think. The monstery was a great educational centre of that region. Despite, based on some data, the real Glazdor University was situated exactly here.

Shatinvank is situated at 4 km east from Shatin village, in Vayoc Dzor province. The monastery stands on the left bank of Eghegis river, on the slope of a mountain- almost on the top. The complex consisted of St.Sion church, monastic buildings and other structures that have lost their original appearance as a result of subsequent renovations and reconstructions. In the XIV century the monastery fell into disrepair.

In the XVII century the church was restored and smooth stones of the old church and khachkars were used in construction. The church introduces a three-nave basilica with three entrances. The ruins of the porch have been preserved in the western part. On the walls of the main altar, frescoes based on biblical themes have been preserved.

During the excavations, on the monastery's territory artifacts were found, which indicate the presence of the foundry, heating system, the production of ceramics, faience and glass in the XV-XVI centuries. Drinking water was delivered to the monastery from a distance of three kilometers, through clay pipes.

The monastery is surrounded with a wall, the parts of which are still preserved. In the southern part of the wall, a lot of structure ruins were preserved(more than 35). Outside the wall there are ruins of the millstone and the creamery.

At 1.5 km from Shatin, on the right bank of Eghegis river, there is a chapel of Anghi or Martyr, built in the V century. Not far from the chapel, on the left bank of the river, another late medieval chapel is situated.

At 3 km south from Shatin village- through the river Eghegis, stood Tsatur bridge, which was built in 1665 from blue basalt. Only a part of the bridge on the right bank was preserved.