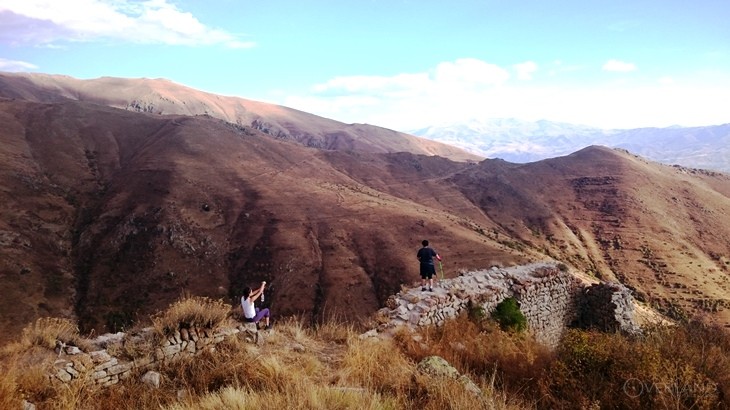 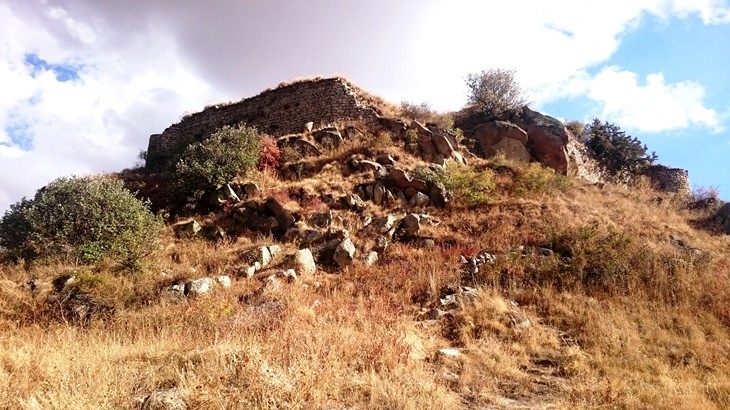 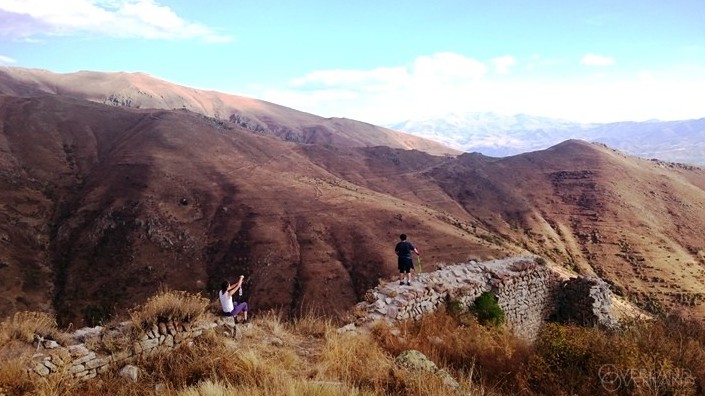 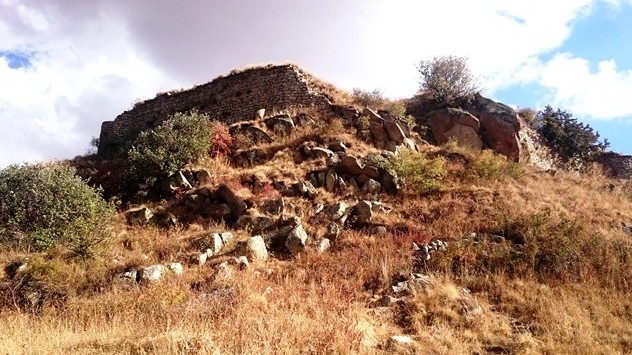 The fortress of Proshaberd or Voloraberd was rebuilt in the XIII century by Prince Prosh Proshyan. It was built from a fortress of the megalithic era. Maybe, from here, the name Proshaberd appeared.

The fortress stands on the cone-shaped top of Mount Takeadonduran (Srkhunk), 7–8 km north-east from Vernashen village. To the east of the fortress stands Spitakavor Monastery (St. Astvatsatsin). Proshaberd was a type of protective fortress-chambers. The fortress was part of the two-centre defense system Boloraberd-Spitakavor, as well as the part of nearby situated defense system Smbataberd-Tsakhats Kar. The fortress was also a military-administrative centre of the Proshyans princely family.
The height of the mountain on which Proshaberd stands is 2912 m and it dominates over the surrounding territory. In good weather, the whole plain of Yeghegis River's northern stream and Smbataberd fortress(located 7 km north-west), can be seen from here. The position of the fortress was chosen so that within a radius of 10-12 km other fortresses (Smbataberd, Norashen, Agarakadzor) can be seen, and which, possibly, had a common signal system. The foothill of the mountain is flat, free of green. Then the slopes steeply rise, getting to huge and separately grouped rocks. Impregnable rocks make the top of the mountain almost inaccessible on all sides. The only, more or less easy way to the top lies on the north-west side, where the rocks are grouped right on top, and thus make it possible to climb the top. Accordingly, a separate wall was built outside from the circular fortress walls, parts of which still have been preserved. The territory inside the walls is about 1.5 ha. The fortress has the form of a hexagonal polygon. The length of the preserved fortress walls is about 120 m, height is 6-7 m. All the buildings of the fortress are built of local gray-blue basalt. The walls are built of unhewn stones. Like all medieval Armenian fortresses, the walls of it are three-layered. The entrance to the fortress is on the south side. The multifaceted plan of the fortress, the number of faces and their length, the position of the entrance, the height of the walls, the presence of rocks, and their location are determined by the natural forms of the peak on which the fortress stands. Like all Syunik fortresses, all the features of the area were also skillfully used here. Constructed walls seem to be complementing the natural rock barriers. Inside the walls- around the perimeter, part of the territory is aligned and adapted for the construction of outbuildings and the middle part is left in its natural form, and here huge pieces of basalt are piled on each other. The fortress had five towers, four of which have been preserved. Inside the walls, there are preserved ruins of various buildings, including a water pool, built of basalt.