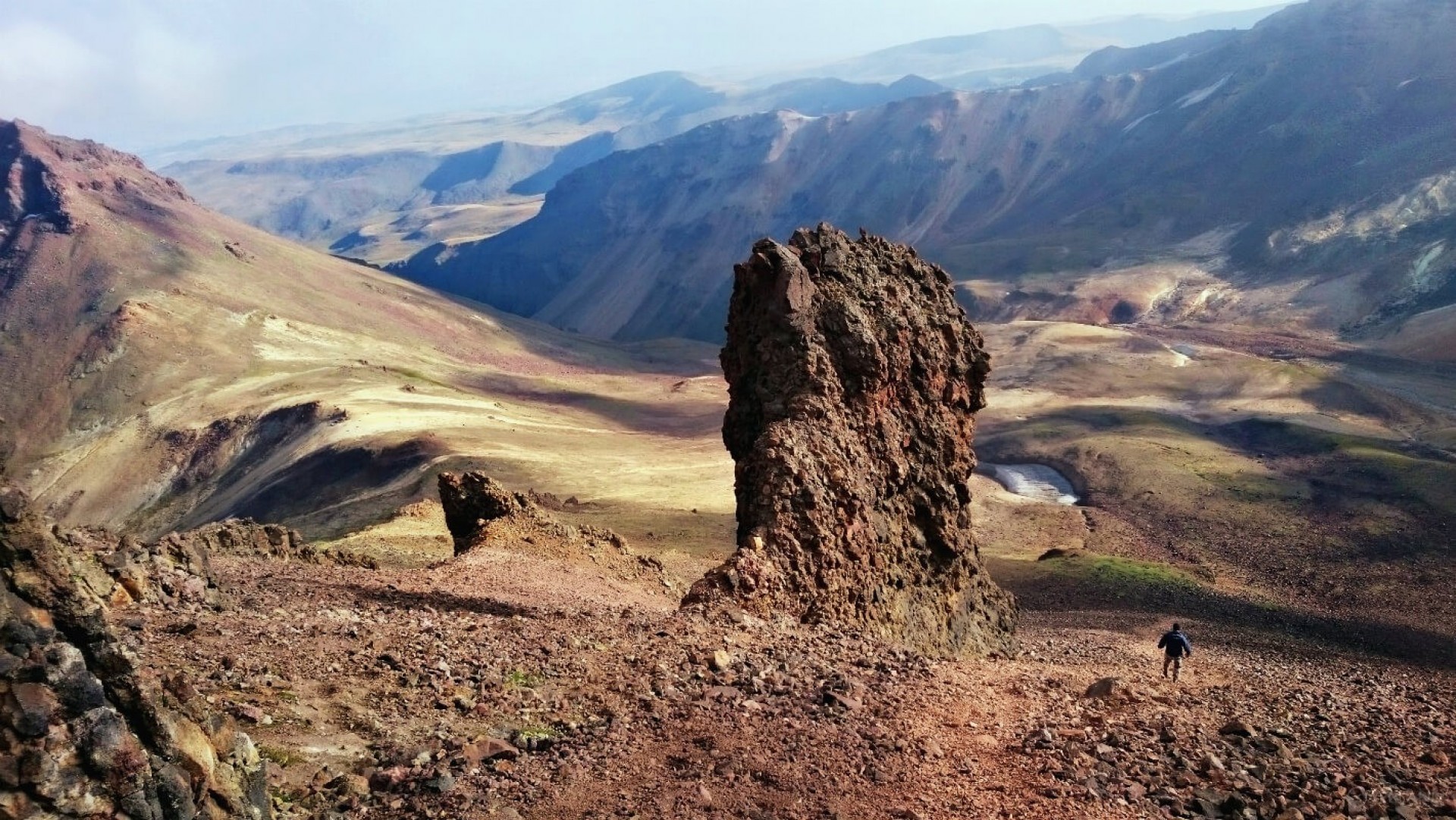 Among ancient people living in the Armenian Highlands, the opposition of Vishap (dragon) and the Bull created the ideas about the universe. So, Vishap symbolized universal chaos, and the Bull- thunder and lightning, the ocean of heaven and fertility. This opposition was reflected in the legend about mountains.
Zagros mountain range stretches from the north to the south- on the eastern part of the Armenian Highland. According to a legend, the mountains of Zagros were horned visaps. Zagros wanted to swallow another giant of the highlands- Taurus (in the legend- the bull). But Taurus hit Zagros on the forehead and broke his horns.  One of the horns got to the Upper interfluve (Armenian Interfluve) ad stuck into the ground. And then, in that place, Mardinian mountains appeared. The other horn got to Ararat. The overwhelmed Zagros leaned on the horns of Taurus- Arnos and Artos, but the horns hit Zagros with a strong blow, forming a gorge through which the Zab River flows.
Two well-known mountains of Sasun- Maratuk and Andok didn't live very peacefully. Andok got angry at worshiping Maratuk and split the rival's head with his sword-lightning. In his turn, Maratuk threw a huge stone on Andok. The stone was completely stuck in the chest of Andok, and on this stone, there is a trace from Maratuk's hand.
Mount Kasap was so high that it covered the city of Gandzak with its shadow. Mrav mountain was jealous of Kasap, and so challenged him. Kasap broke Mrav's side with its arrow, and in his turn, Mrav broke Kasap’s head.
There is a legend associated with the two peaks of Geghama Mountains, too- with Black and Red Mountains, according to which Sev Ler (Black Mountain) was a tyrant, and Karmir Ler (Red Mountain) was a beautiful girl. The tyrant possessed the girl with its power, but people cursed him, and he turned into stone. The mountain cries, yells and revenges people because of its weakness. So, in the middle of summer, the mountain suddenly gets dark, a storm and a snowstorm that kill people and animals start. There is a beautiful legend about two peaks of the Armenian Par Mountain Range- Sukavet and Aladakh. According to it, Sukavet was a beautiful Armenian shepherd and son of a priest, and Aladakh was a beautiful Kurdish girl, daughter of a sheik. They fell in love with each other but their parents were against it. Despite the will of their parents, the lovers run away on the night of Ascension. Hearing this, parents cursed them, and they were turned into mountains, that stand far from each other and always look at each other with anguish. The tears on their faces are  turned into snow. But in each night of the Ascension Day, they meet at dawn, hug each other and part crying. Every year, on the Ascension Day, Armenian and Kurdish youths climbed Mount Aladakh, lit candles and sang Armenian and Kurdish songs.