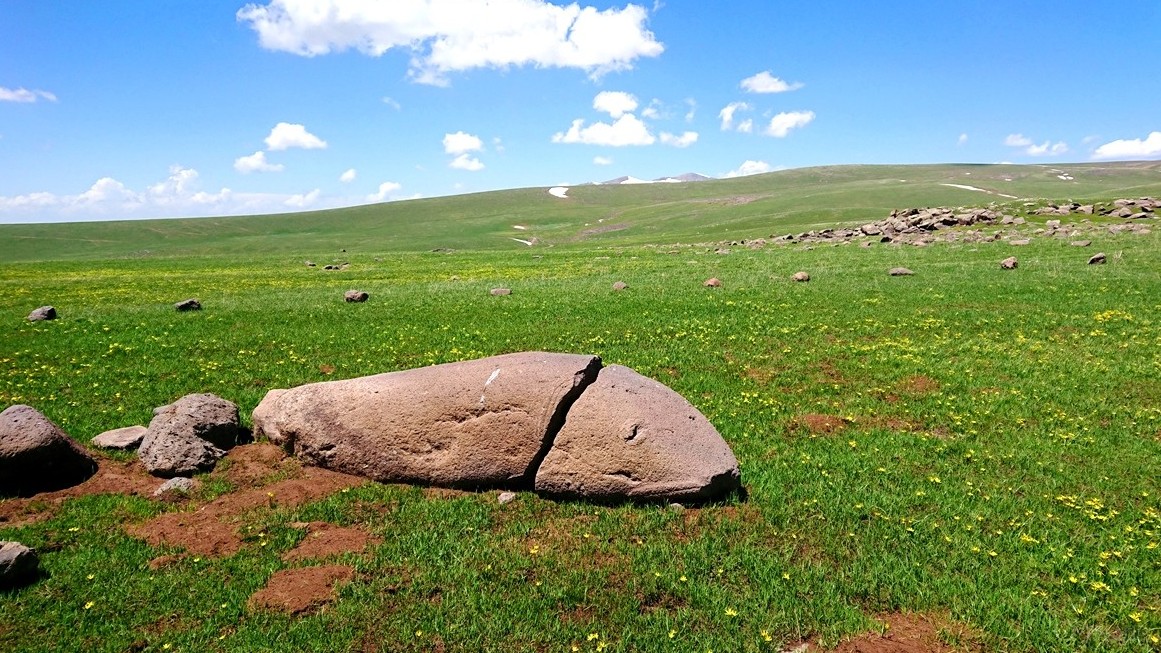 Mostly, vishapakars are found on Aragats and in the Gegham mountains-at an altitude of about 3000 m above sea level. Their height is 150-550 cm and they are made of basalt. They are divided into three groups according to their form:

Vishapaqars mainly found in groups, rarely one at a time. Studies show that they are located in places rich in water and near them there are tombs, rock paintings or towers.

In addition, the vishapaqars is almost always associated with the cromlechs are of medium size and with their environment, which may consist of stone circles, petroglyphs, an artificial pile of stones. A large part vishapaqar is in its place, on the border of the cromlech.

There is no reliable data on when the creation of vishapakars began, but their similarity to the monuments of such shrines of the new stone age (10-8 millennia BC) in the southern part of the Armenian highlands as Portasar (Gebekli Tepe) does not exclude that the prototypes of vishapakars go back to these times. Today we can confidently say that vishapakars were widespread in the bronze age, in particular, in the 2nd Millennium BC.

It is known that many regions of Armenia needed water because of the dry climate. In this regard, water has become one of the cults and objects of worship since ancient times. And the vishapaqars is always located at sources of water, natural and artificial reservoirs.

With the help of these cults, the ancient inhabitants of the Armenian highlands tried to prevent natural disasters – drought, hail, various diseases, epidemics and infertility. Using the images on the dragon-stone by their creators threatened by the evil forces of nature. It is assumed that ritual rites were held around these monuments, especially in the spring.

And the legends, which are many and in which the vishaps appear as both evil and good "heroes", are always associated with water.

According to legend, the vishap, passing with its tail, outlined the places where it was necessary to dig channels.

According to another legend, a huge dragon lived in lake van, which was always fought by angels. When vishap was a thousand years old, the angels picked him up from the water and carried him to the sun, the heat of which burned vishap and scattered the ashes on the ground. Then there was such a fog that people could not see each other.

Another version of this legend says that the vishaps are looking for another place to live. The celestial vishaps descend into lakes and seas, and those who live in the water ascend into the sky, creating storms. It is said that an old dragon, vishap, lived in lake Sevan, and when it was time to ascend to the sky, it flew like an arrow to the sun and burned down, turning into black ash. The ashes were scattered over the lake, and it became black, after which the lake was called SEV van (Black van).

According to another legend, the drought happens at the time when vishap closes the path of the heavenly waters. In order for the waters to open, a friend of the people, the thunder hero must kill the dragon. This legend probably gave rise to the legend of the God of fire, thunder and war in Armenian mythology-Vahagn the dragon-Fighter, who immediately after birth defeats the dragon and saves the universe from destruction. Later, Vahagn, already in the image of St. Gregory the victorious, converts to Christianity, where he kills the dragon and saves the virgin, who was supposed to be sacrificed to the dragon.

As you can see, it was difficult to frighten the inhabitants of the Armenian highlands with various monsters – they lived with the vishaps all their lives. It is no accident that the city of Vishap and the temple of Vishapadzor were located near lake van in ancient times. And one of the peaks of Geghama mountains near lake Sevan called mount Vishap. In the same mountains is the lake Vishapalich.

One of the first researchers of the vishapakars, Boris Piotrovsky and Nikolai Marr, put forward a version that the name of the vishapakars with the root "vishap" dates back to the first Millennium BC. In their opinion, vishap gradually turns from a fertility deity into an evil character. At this time, the original meaning of the vishaps was forgotten, and they became associated with the conquerors. The name of the mountain ajdahak in the same Geghama mountains also associated with the negative image vishap. In this case, ajdaak is also a vishap, which the Armenian king Tigran fights and wins.

Later, the image of vishaps passed to applied art. They are depicted on the jewelry images on ceramics, and finally on the famous carpet of "isapgol".

Just as Vahagn the dragon-fighter converted to Christianity in the image of Gregory the victorious, fire worship - in the holiday of Trndez (the Meeting of Jesus Christ), water worship-in the holiday of Vardavar (The Transfiguration of the Lord), so vishapakars converted to Christianity in the form of another monumental monument, which is found only in Armenia-in the form of a khachkar.

Vishapaqars attracted the attention of the master creators of khachkars from the first steps of forming the art of khachkars. Perhaps it was the form of vishapakar that influenced the forms of khachkars.

The oldest known vishapakar, converted into a khachkar, is located in Garni.

Dragon-stone turned into the cross-stones for two reasons - to offset their pagan meaning, and they were a convenient basis for the creation of khachkars. 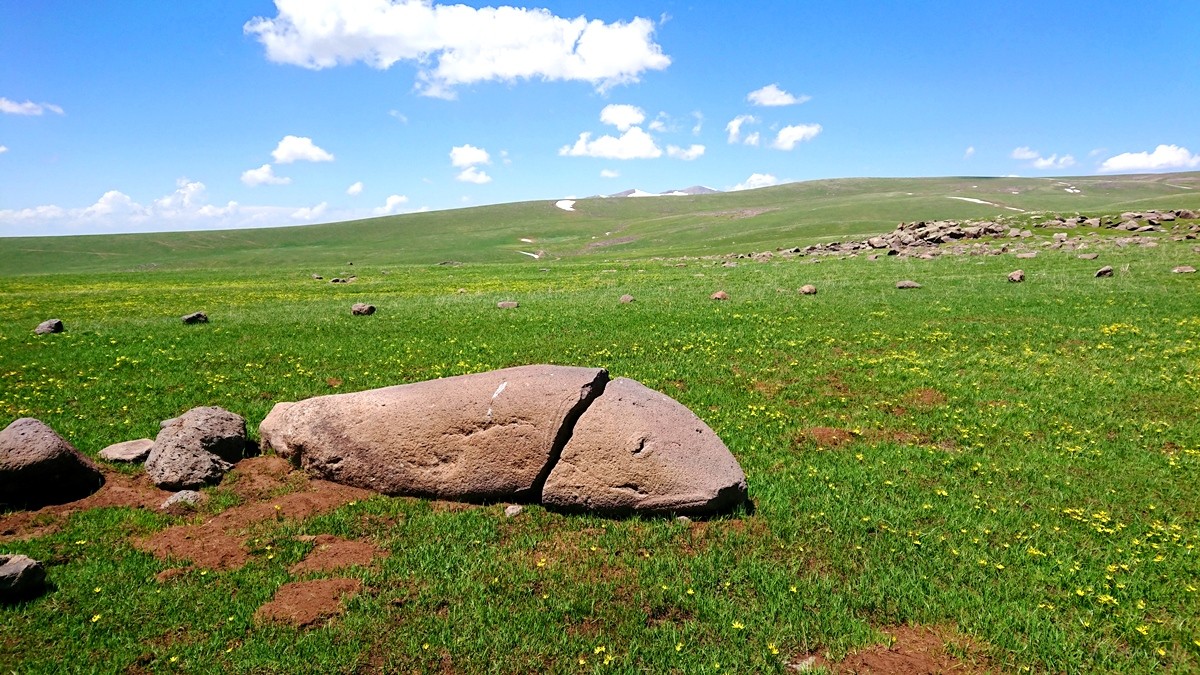 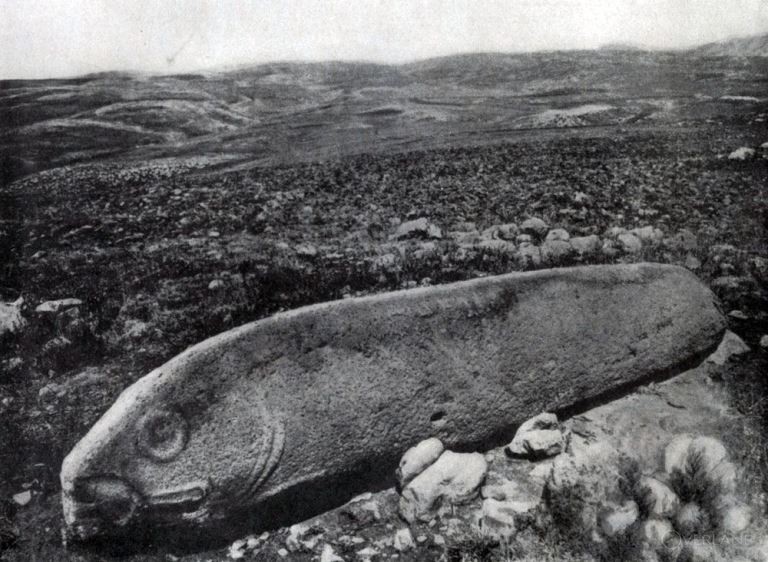 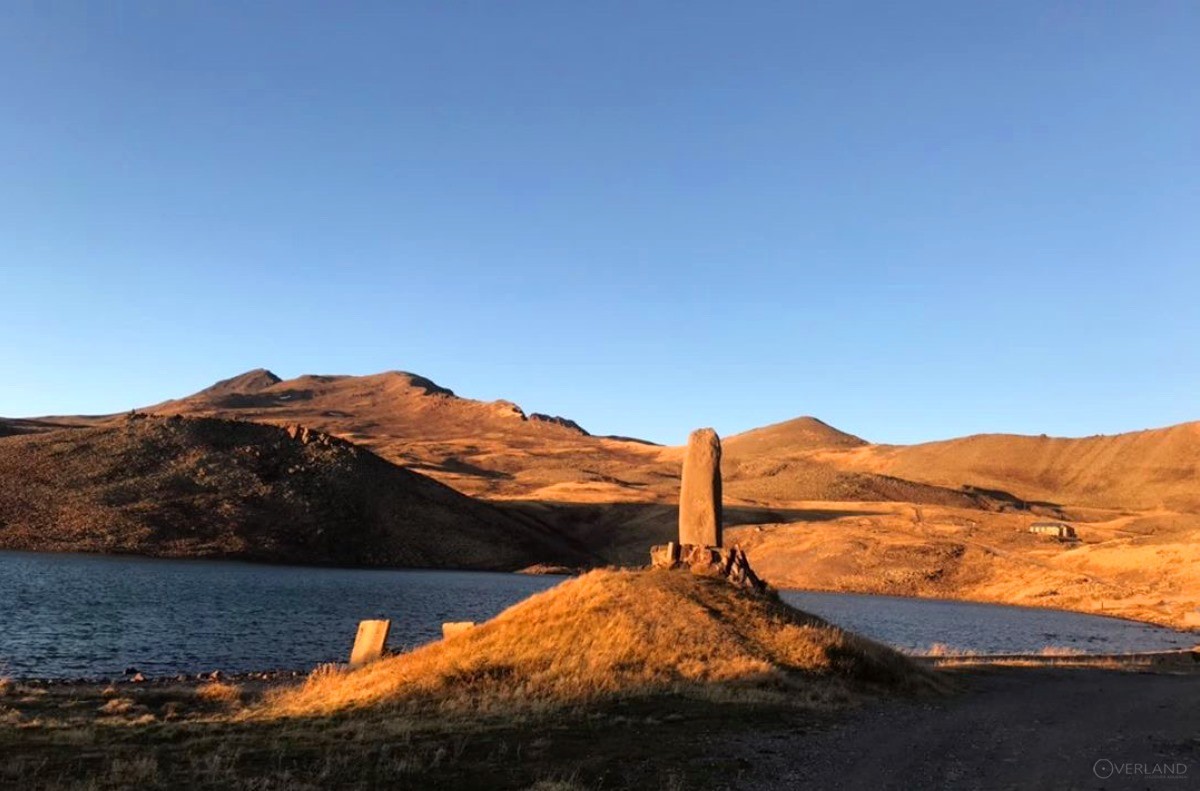