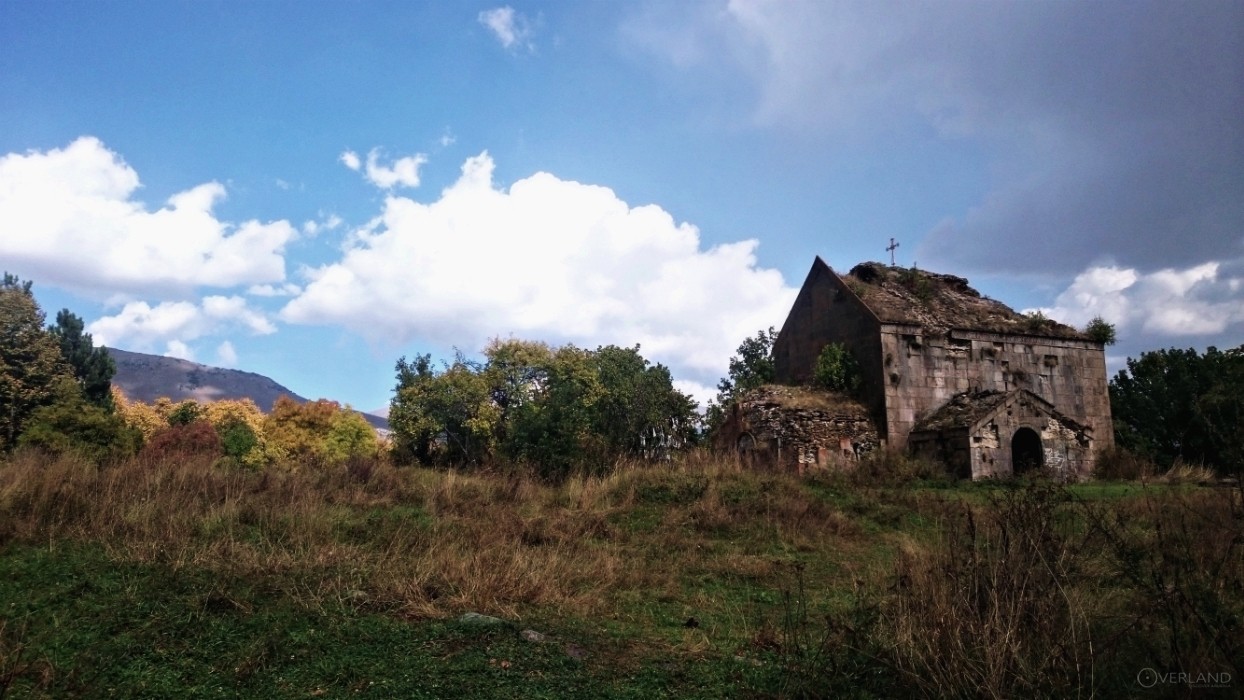 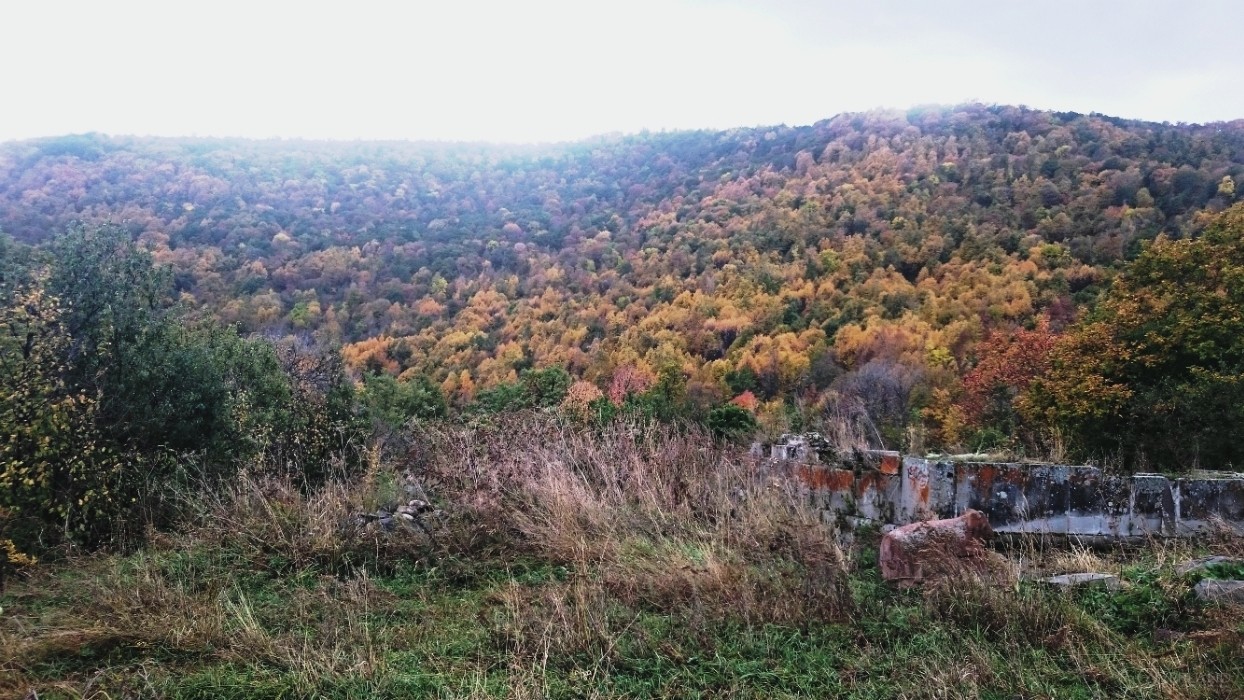 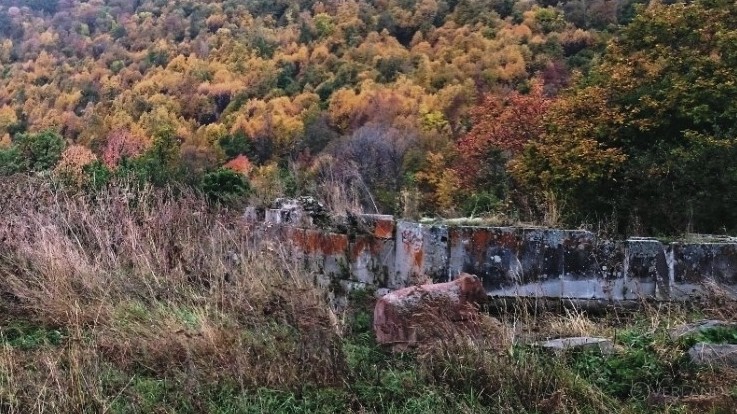 The monastery Tejharuyk  is located on the forested cape of Tsakhkunyats mountain range, at an altitude of2000 m, by Marmarik and Meghradzor rivers. The monastery was built in 1190. Many gravestones of Armenian and Georgian historical figures, Chalcedonian figures are situated here.

The monastery Tejharuyk  is located on the forested cape of Tsakhkunyats mountain range, at an altitude of
2000 m, by Marmarik and Meghradzor rivers. The monastery was built in 1190. Many gravestones of Armenian and Georgian historical figures, Chalcedonian figures are situated here.
The monastery's territory was fenced by a wall, from which a very little part has survived. From the additional buildings remained only traces. The chapel was built in the XIII-XIV centuries, not far from the main church. The cemetery is also destroyed.
Tejaruyk monastery was built of grey basalt. This is a single-nave church, and on both sides of the half-round altar, there are sacristies.
The name "Tejaruyk" is associated with tej- hot and aru- brook, river, as the monastery is located in the area of swift rivers.
Tejaruyk is unique with the fact that it's a Chalcedonian monastery, where many inscriptions in Georgian have been preserved.
By locals, the monastery is also known as Tugh Manuk- Dark Boy. This is one of the types of Armenian sanctuaries, spread in the territory of the Armenian Highland. According to one of the versions, it has a pagan origin and is associated with a character from the Armenian mythology. Currently, Tugh Manuk is also part of the traditions of the Armenian Apostolic Church. According to the Christian version, Tugh Manuk is a foreign child, Christ, martyr-hero and so on. Sanctuaries in Tugh Manuk doesn't have common features- they can be small churches, khachkars, chapels, cemeteries. Those are places of pilgrimage and pilgrims believe that they can cure diseases. Next to these sanctuaries sometimes grow trees, which are also considered holy, and pilgrims tie cloths on the branches of that trees and believe that doing this they leave their illnesses there. And if there are springs nearby, which is quite common, they are considered sacred, too and their water is healing.
There are two legends associated with Tugh Manuk-Tejaruyk. According to one of these legends, the monastery was built by a sister and brother, who were Greeks by nationality, and were respectively named Tukhik and Manuk. This is also associated with the Chalcedonian origin of the monastery.
According to another legend, the monastery was again built by a brother and sisters, but here they were 3- two sisters and a brother, and they were Jews. Their father sent them to guard the fields from the birds that harm his field because he believes not in God, but in the idol. Children sat in the field and thought, what if they asked God to guard the field, and so they returned home and told their father about this. Hearing this, their father decided that he must sacrifice his children to the idol. In the place, where the father killed the brother and sister, monks saw a light in the night and decided to build Tugh Manuk-Tejaruyk. And the other sister was killed in the place known as Tsakhavank. In both cases, Tugh Manuk is represented as a child of non-Armenian origin.