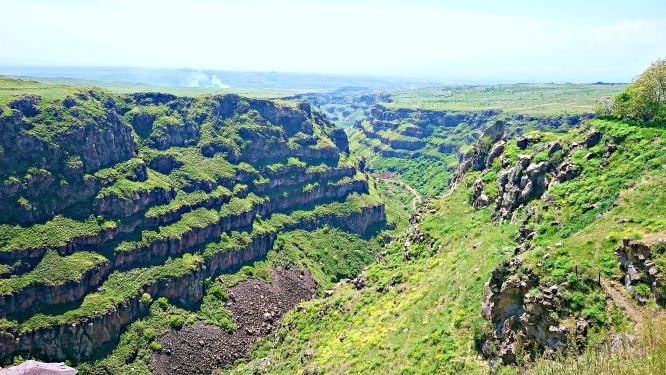 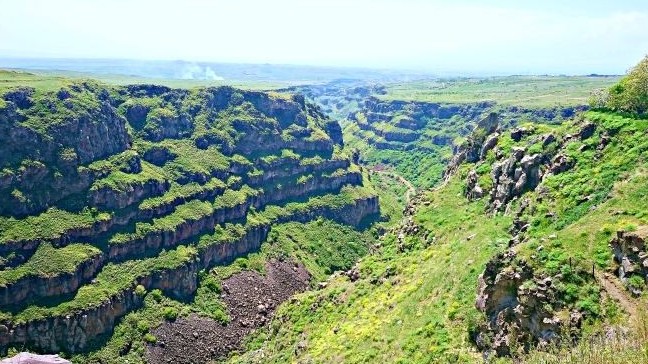 In the gorge of Kasakh river, between Saghmosvank and Hovhannavank monasteries, there is a cave complex, which locals call red temple, maybe, because of a red tuff.

According to official data, it is a cave-monastery of Holy Virgin, which dates back to the XII century. It is also mentioned as Saghmosavank desert. In the second half of the XII century, Hovhannes Mundj(Voiceless) founded a desert here.

Supposedly, the monks here were busy with copying manuscripts.

Like all cave monasteries, this monastery also has its own small cave church.

The large hall was the main one in the cave complex, where monks dug out niches, which were most likely places for copying and writing manuscripts. A narrow opening leads to the second floor, from where you can see the gorge.

Unlike other cave monasteries, the life of this monastery didn't last long. As if the monastery was created for a special purpose, by finishing which the monks left it.

Churches, abandoned chapels in Armenia were occasionally visited by pilgrims and tourists and there's no matter how far they were.
In this place, there are no pilgrimage signs, as if people had forgotten about it. Presumably, the work that started in the cave was continued in Saghmosavank, which became one of the most important spiritual and educational centres of medieval Armenia.