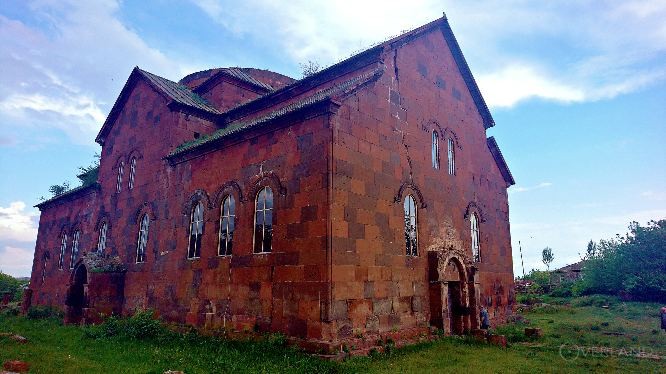 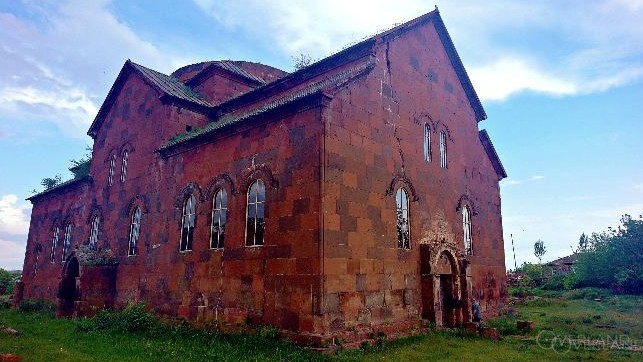 Despite the fact that Aruchavank isn't included in the main tourist routes, it is one of the masterpieces of Armenian medieval architecture. The church and ancient sites are in Aruch village in Aragatsotn region. This is one of those few places where you can see spiritual, secular and defensive monuments altogether.

In the inscription about the church's foundation, Grigor Mamikonyan named the church Katoghike. It is the largest one among the medieval churches bearing the name “domed hall”.

Despite the lack of a dome, the church with its greatness rises above the surrounding nature.

The official date of the church foundation is 662. But, before this church was built, there was another, more ancient church, which later was probably repaired and turned into a secular building.

The church is built of black tuff. It is notable with its external and internal architecture. Katoghike has many big windows, <<Armenian niches>> on the eastern side and sculptural arches... The role of Aruch church in Armenian architecture is also significant due to the frescoes, which are a bright example of early medieval Armenian monumental paintings. The spacious, well-lightened space gave the frescoes majesty. Unfortunately, only some parts of the frescoes are currently preserved. During the excavations on Aruch territory, the chamber of Grigor Mamikonyan was found, and in the south-east - part of the wall of a medieval rectangular fortress.

Under the northern wall of the princely chamber, round and not very deep tonir was found. Parallel to the same wall, another wall was found, where human remains were hiding.